Maria Blasco, Doctor ‘honoris causa’ by the University of Alicante 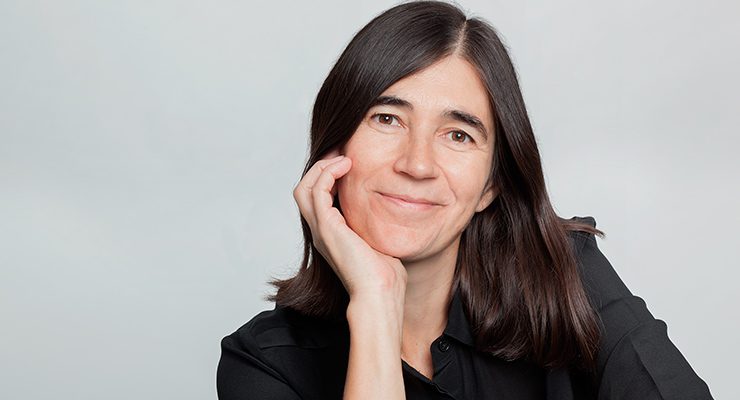 On Friday 27 January, the University of Alicante shall confer the Honorary Degree of Doctor honoris causa upon Maria A. Blasco, Director of the Spanish National Cancer Research Centre (CNIO). She will be the eleventh woman to be conferred this honour by this academic institution in its 37 years of existence.

The ceremony will take place at 12:00 in the auditorium of the University and will be chaired by the Rector. The Vice-Rector for Research and Knowledge Transfer, Amparo Navarro, will be responsible for delivering the eulogy required to request the granting of the “supreme degree of Doctor honoris causa“.

Born in Alicante in 1965, Maria Antonia Blasco Marhuenda completed her doctoral thesis on viral DNA polymerases at the Centro de Biología Molecular “Severo Ochoa” (CSIC-UAM; Madrid), under the supervision of Margarita Salas, and in 1993, she obtained her PhD in Biochemistry and Molecular Biology by the Universidad Autónoma de Madrid. That same year, she joined the Cold Spring Harbor Laboratory, New York, USA, as a Postdoctoral Fellow under the leadership of Carol W. Greider (who won the Nobel Prize in Physiology or Medicine in 2009).

In 1997 she returned to Spain to start her own Research Group at the Centro Nacional de Biotecnología de Madrid (CSIC, Madrid). She joined the CNIO in 2003 as Director of the Molecular Oncology Programme and Leader of the Telomeres and Telomerase Group. Blasco was Vice Director of Basic Research at this Centre from 2005 until June 2011, when she was appointed to her current position as CNIO Director.

Maria Blasco´s pioneering research has established the fundamental role of telomeres and telomerase in cancer and ageing. This research has provided the proof of concept that the shortening of telomeres with age, due to a deficiency of the telomerase enzyme in adult organisms, is one of the main molecular pathways that leads to ageing and age-related pathologies, establishing telomere length and telomerase activity as one of the molecular markers of ageing. These findings showed that the reactivation of telomerase is sufficient to slow down the ageing process and diseases associated with it, as well as to increase longevity. She has authored almost 250 scientific papers. Her research has also resulted in several international patents, as well as in the creation of a CNIO spin-off biotechnology company, Life Length SL, which operates in more than 30 countries and provides analyses of telomere length for biomedical use.

Maria A. Blasco is an elected EMBO Member and has served on its Board from 2008?2011. She is also a Member of the Academia Europaea and Member of the Spanish Royal Academy of Pharmacy. She was conferred the Honorary Doctoral Degree Doctor honoris causa by the Universidad Carlos III of Madrid in 2014.