Maria A. Blasco wins the 2015 Miguel Catalán prize in recognition to the scientific career

Maria A. Blasco, Director of the CNIO and head of the Telomeres and Telomerase Group, has been studying telomeres for more than 20 years. She began her research in the US with Carol W. Greider, awarded with the Nobel Prize in Physiology or Medicine in 2009

The Miguel Catalán Awards acknowledge the scientific activities, as well as the scientific and human values of current researchers. The Community of Madrid awards them each year to celebrate brilliant careers in science and humanities.

The Director of the Spanish National Cancer Research Centre (CNIO) and Leader of the Telomeres and Telomerase Group, Maria A. Blasco, has been awarded the Miguel Catalán 2015 prize (eleventh edition) for her scientific career and her important contributions to the field of telomeres and telomerase, as well as their potential use in therapies to combat cancer and other ageing-associated diseases, including cardiovascular and neurodegenerative illnesses.

MORE THAN 20 YEARS DEDICATED TO STUDYING CANCER AND AGEING

Blasco has dedicated a large part of her career to the study of telomeres — DNA structures located at the ends of chromosomes — and telomerase — an enzyme capable of increasing telomere length keeping them young —. Her discoveries have been instrumental in being able to demonstrate the importance of these molecules in cancer development and other age-related diseases, through a research career that goes from basic discoveries to preclinical applications. Among other contributions, over the past 20 years she has demonstrated that the shortening of telomeres is one of the causes of age-related diseases; she also was a pioneer in finding that reactivation of telomerase delays the ageing process, reduces the incidence of illnesses associated with ageing, and increases longevity. Maria A. Blasco has also been successful in transforming her group’s discoveries into applications through several patents, one of which is already licensed.

Maria A. Blasco (Verdegás, Alicante, 1965) obtained her PhD in 1993 at the Universidad Autónoma de Madrid for her research at the Centro de Biología Molecular ‘Severo Ochoa’ under the supervision of Margarita Salas. That same year, she commenced her research in the laboratory of the Nobel Prize laureate Carol W. Greider at the Cold Spring Harbor Laboratory in New York (USA), where she isolated the first mammalian telomerase gene and generated the first animal model that demonstrated the importance of this enzyme in cancer and ageing. In 1997, Blasco returned to Spain to start her own research group at the Centro Nacional de Biotecnología (CNB, which forms part of the Spanish National Research Council) in Madrid and, in 2003, she joined the CNIO as Leader of the Telomeres and Telomerase Group. Blasco served as Vice Director of Basic Research at the CNIO (2005 -2011) and was appointed Director of the CNIO in June 2011.

Throughout her career, she has authored more than 200 scientific articles in the most important journals in her field of expertise, such as Science, Nature, Nature Genetics, Nature Cell Biology and Cell. She has directed 50 national and international research projects and received important national and international awards including the Josef Steiner Cancer Research Award (2003); the European Molecular Biology Organization Gold Medal (EMBO; 2004); the Rey Jaime I Basic Research Award (2007); the Körber European Science Prize (2008); and the Spanish National ‘Santiago Ramón y Cajal’ Research Award in Biology (2010). She is an Honorary Ambassador of Spain Brand and holds an Honorary Degree (Doctorate Honoris Causa) by the Universidad Carlos III (2014). 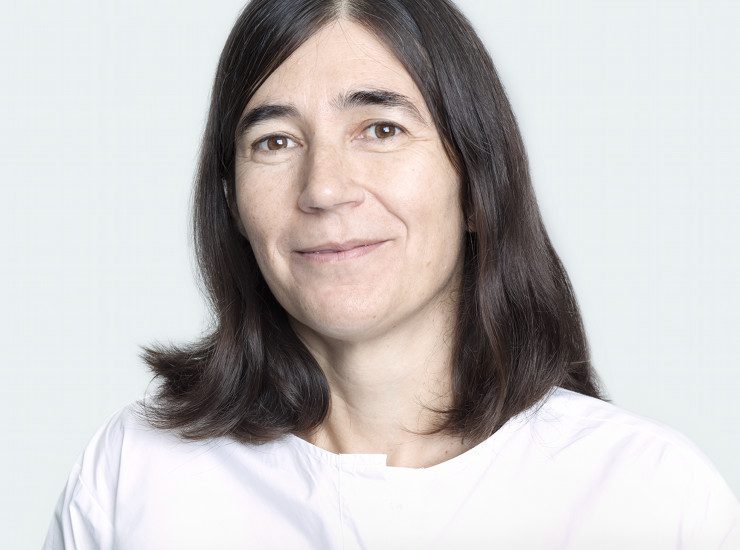