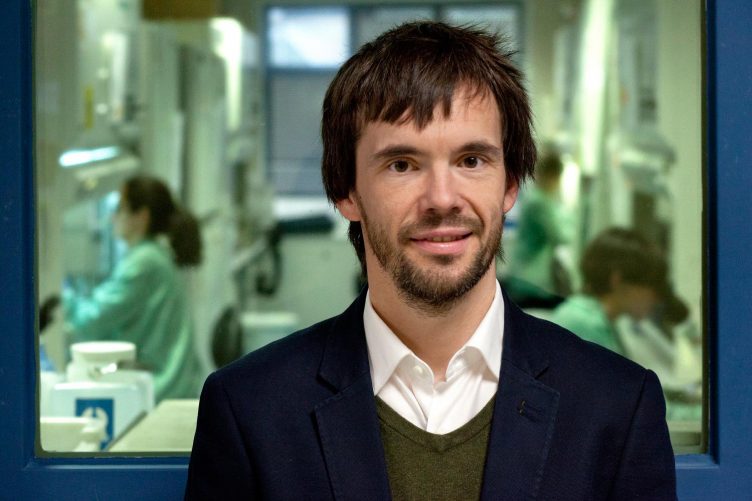 Manuel Valiente will seek to generate brains immune to metastasis. To do so, rather than studying tumour cells, he will focus on the microenvironment, that is, the cellular context that surrounds them

His goal is to develop treatments specifically designed to challenge brain metastases but also strategies that could prevent their appearance at all. Importantly, these approaches might be effective independently of the origin of the primary tumour, which frequently corresponds to melanoma and breast and lung cancer

The project is the consolidation of more than 9 years of work of Valiente in this field; the development of innovative animal models, a powerful network of collaborators, the ability to translate it to the clinic, and a multidisciplinary approach involving cancer research and neuroscience have earned the project the Consolidator Grant of the European Research Council (ERC)

The brain, one of our most valuable and delicate organs, has developed tools to protect itself against potentially harmful agents, including tumour cells. Why, then, do some tumours manage to generate metastases in this organ? How does it change from a hostile environment for metastatic cells into a very different one and even promote their growth? Manuel Valiente, Head of the Brain Metastasis Group at the Spanish National Cancer Research Centre (CNIO), just received the prestigious Consolidator Grant from the European Research Council (ERC) to try to understand how this phenomenon occurs and develop therapeutic strategies that, instead of attacking cancer cells, block the abnormal state of the brain induced by metastasis, so that the initial protection mechanisms are recovered and metastatic cells cannot survive. The project, called ALTER-brain, received almost 2 million euros from the ERC and will have a duration of 5 years.

Restoring the self-protective capacity of the brain…

Between 10 and 30% of all cancer patients develop brain metastases, especially of breast, lung and skin tumours, and the number of cases is increasing. When metastatic cells manage to reach the brain, 99% of them are eliminated because they cannot adapt to it. But the 1% that survives manages to change the brain and make it into a niche that facilitates these cells to continue growing. Understanding why this happens is currently one of the great challenges in the study of metastasis and the main limitation for the improvement of cancer treatments.

The key may lie in the microenvironment, that is, the cellular context in which a tumour develops, which in recent times is becoming an increasingly important topic in cancer research. To colonise the body, cancer cells must be able to interact with their environment. In the brain, part of the microenvironment are cells called astrocytes that have a defensive role, since they become reactive in the presence of potentially harmful agents to isolate them and block their possible adverse consequences for this vital organ.

Valiente’s group had already shown that activation of the STAT3 protein in a subpopulation of reactive astrocytes is key to transforming them and overriding their defensive role, allowing the tumour to progress. These astrocytes act as catalysts for an even greater transformation that affects other components of the microenvironment. The team managed to translate these findings, published in Nature Medicine, to patients in whom they reduced brain metastases and significantly extended survival by administering a compound that blocked pro-metastatic astrocytes.

“Theoretically, it is possible to eliminate this subpopulation of astrocytes from the moment it arises and check if this strategy allows generating brains immune to metastasis,” explains Valiente. “To do this, first we have to study the biology of these astrocytes, where and when they are generated, and identify all the pieces involved in reprogramming their function.”

… and preventing the formation of brain metastasis

The CNIO team will use established animal models to study brain metastasis, but also new ones in which they will modify different types of brain cells to unravel the logic of the brain reprogramming that favours the metastatic process. In addition, Valiente has a powerful network of national and international clinical collaborators, including the 12 de Octubre Hospital, the Vall d’Hebron Hospital, the Catalan Institute of Oncology, the University Hospital of Turin, the Medical University of Vienna and the University Cancer Institute of Toulouse, which will allow the results of the project to be validated in human samples and living tissues obtained from neurosurgery. “We hope that, as we have done on other occasions, the most promising results we obtain with ALTER-brain can be translated to new clinical trials, always hand in hand with oncologists.”

This would be an important step since patients with brain metastases have traditionally been excluded from clinical trials because of their poor prognosis. However, it is urgent to find specific therapeutic approaches for them, since the incidence of brain metastasis is increasing and is in many cases responsible for limiting the benefits that other cancer drugs provide. The current strategy for treating brain metastases assumes that they would respond similarly to their primary tumour of origin, however, this strategy has proved insufficient since metastases have their own genetic characteristics and survival strategies that distinguish them from their primary tumours. “We have to explore the benefits of personalising cancer treatment thinking on organ-specific survival mechanisms of metastases,” says Valiente.

In addition to this strategy to treat established metastases, Valiente will also explore preventive options based on the dependence of tumour cells on blood vessels, which is a common factor in the process of tumour spread but especially notorious when it occurs in the brain. His team will try to block the interactions between cancer cells and endothelial cells – cells that line the inside of blood vessels. If they succeed, the metastasis-initiating cells could be eliminated so that the secondary tumour would not occur. “This preventive approach would be especially interesting for patients with certain types of lung cancer, breast cancer or melanoma, who have a high risk of developing brain metastases,” explains Valiente.

The project is the continuation of more than 9 years of work of Valiente in this field. The novel approach to the study of metastasis, the development of innovative animal models, a powerful network of collaborators, the ability to translate it to the clinic, and a multidisciplinary approach involving cancer research and neuroscience have earned the project the Consolidator Grant of the ERC.

Consolidator Grants are given to European researchers in the middle stages of their careers who have already shown promising results and propose to carry out a research project of excellence. In 2019, 2,453 applications were submitted, out of which approximately 12% have been selected for funding, after evaluation using the excellence of both the proposed research project and the researcher who proposed it as criteria. Along with Valiente’s, another 11 projects of Spanish researchers have been selected.

Mariya Gabriel, European Commissioner for Innovation, Research, Culture, Education and Youth, said: “Knowledge developed in these new projects will allow us to understand the challenges we face at a more fundamental level, and may provide us with breakthroughs and innovations that we haven’t even imagined.”

ERC President Professor Jean-Pierre Bourguignon, whose mandate ends on 31 December after six years in office, commented: “I have had the immense privilege of seeing thousands of bright minds across our continent receive the trust and backing to go after their most daring ideas. As it’s about top frontier research, it comes as no surprise that an overwhelming number of them already made breakthroughs that will continue to contribute greatly to meeting the challenges ahead.”

Manuel Valiente (Zaragoza, 1980) is a graduate in Veterinary Medicine (2003, University of Zaragoza). His interest in the central nervous system led him to obtain a doctorate in Neurosciences (Institute of Neurosciences, Alicante, 2009) working in the laboratory of Oscar Marín. During his PhD work, he developed several research projects studying the migration of neuronal precursors during the development of the cerebral cortex. To expand his scientific knowledge of the central nervous system, Manuel joined the laboratory of Joan Massagué (Memorial Sloan Kettering Cancer Center, New York, 2010), where he began his research into the biology of brain metastases. His findings led to important scientific publications and patents and laid the groundwork for a clinical trial.

Valiente established the Brain Metastasis Group at the CNIO in 2015. The group’s goals include the identification of new metastasis mediators, either in the tumour cells themselves or in the microenvironment surrounding them, the development of better models of brain metastasis, the design of improvements on existing treatments as well as the development of completely new ones. His team is a pioneer in studying the relationship between metastases and their microenvironment in order to find new therapeutic strategies.

For his contributions, Manuel Valiente has received important awards and was selected as an EMBO Young Investigator (EMBO YIP) in 2018. He is a member of Scientific Committees of the European Association of Neuro-Oncology (EANO) and of the American Association for Cancer Research (AACR) and is a reviewer of national and international research agencies.