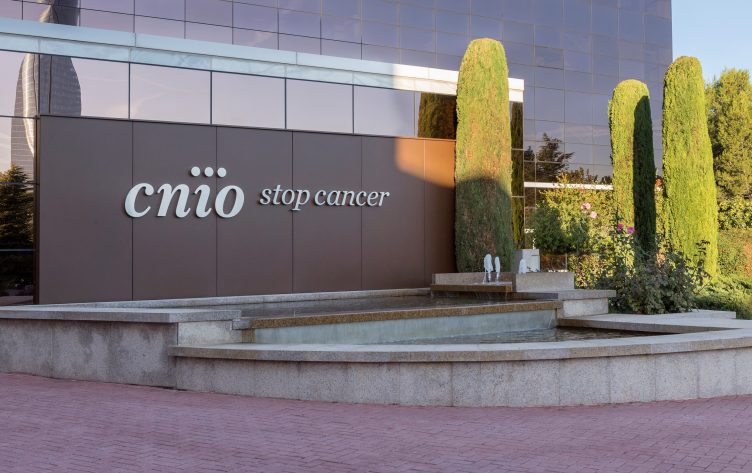 The AECC has awarded researcher Cristina Rodríguez-Antona an ‘Idea Semilla’ grant worth 20,000 euros to develop a project that will seek to improve response to immunotherapy, one of the most promising strategies against cancer but with limited efficacy still in some tumours

In addition, this year, the Association is also supporting Sara García-Alonso, Cristina Segovia and Auban Gayà, three young researchers at the start of their careers, to study new therapeutic strategies for lung cancer and bladder cancer, and the relationship between asthma and pancreatic cancer

Oscar Fernández-Capetillo, Head of the Genomic Instability Group, is receiving 300,000 euros to study the potential of the SETD8 protein as a target in cancer therapy. SETD8 has been associated with the development of neuroblastomas and medulloblastomas, paediatric tumours that currently have a poor prognosis. However, the effectiveness of existing drugs to block its action is still very limited.

Over the course of a 3-year project, the CNIO team will seek to deepen their understanding regarding the potential of inhibiting SETD8 action in the treatment of cancer. To this end, the project will be working towards several objectives, which include: building new cellular models that will allow the researchers to gain a better understanding of how this protein functions; identifying specific mutations that sensitise or confer resistance to the inhibition of SETD8; and finally improving the properties of inhibitors for this protein to facilitate clinical development. “Our goal is to help develop a new type of anti-tumour therapy and gain knowledge to maximise benefits and minimise risks in cancer patients who will be treated with SETD8 inhibitors in the future,” explains Fernández-Capetillo. His team has experience in similar projects involving the development of new anti-tumour agents and the identification of resistance to these therapies, due to their previous work on ATR inhibitors that were licensed to the pharmaceutical industry for clinical development.

Ana Losada, Head of the Chromosome Dynamics Group, has been awarded a grant worth more than 290,000 euros by the Association through a programme for Strategic Projects to explore new diagnostic and therapeutic strategies for Ewing’s sarcoma. This is an aggressive form of cancer, the second most common type of bone cancer in children and adolescents, for which there are currently no specific therapies.

The presence of mutations in STAG2, a protein that is part of cohesin –a molecular machine involved in gene organisation and cell division, with which the CNIO team has extensive experience – is related to increased aggressiveness and poorer prognosis. “In our project, we are proposing two objectives to increase the survival of patients with metastatic Ewing’s sarcoma,” explains Losada. “On the one hand, we will verify the diagnostic potential of a gene signature made up of 10 genes, which we hope will allow us to identify the most aggressive tumours early. On the other hand, we will try to understand why mutations in STAG2 make Ewing’s sarcoma so aggressive, in order to propose the best combination of existing drugs and identify new therapeutic targets.” The project will run for approximately 3 years.

Sandra Rodríguez-Perales, Head of the Molecular Cytogenetics Unit at CNIO, has been awarded an AECC Lab grant for close to 300,000 euros, to conduct a three-year project on fusion genes. These genes are the result of abnormal bonding of DNA fragments that come from two different genes and, when they thrive, become the initiating event for cancer. They are present in up to 20% of all types of cancer and, as they are specific to tumour cells, they are the focus of the research community regarding the possible development of selective oncological therapies that attack only the tumour and are harmless to the patient’s body.

The CNIO team will try to destroy tumour cells by eliminating their fusion genes, using the CRISPR/Cas13 variant of the innovative CRISPR gene editing technique. This variant is an alternative to the better-known CRISPR/Cas9 technique, which, while allowing specific DNA fragments to be cut very effectively, sometimes cuts into unintended parts of the genome. “The Cas13 enzyme is a recent discovery and an atypical value of CRISPR technology, because it is capable of editing RNA instead of DNA,” explains Rodríguez-Perales. “RNA editing has multiple advantages over traditional DNA editing; among them, it is a reversible system and prevents the editing of untended sites in the genome, so it has great potential to develop improved cancer treatments that eliminate tumours without affecting healthy cells in the body.”

Cristina Rodríguez-Antona, researcher of the Hereditary Endocrine Cancer Group led by Mercedes Robledo, has been awarded an ‘Idea Semilla’ Grant to carry out a project that improves response to immunotherapy. Although immunotherapy has offered one of the most promising strategies in recent years against cancer – by employing the patient’s own defences to eliminate tumours – the efficacy is still limited.

The project, which has received 20,000 euros in funding over a 2-year period, proposes to enhance the anti-tumour effect of immunotherapy by inhibiting a quality control mechanism of RNA messengers, known as ‘Nonsense-mediated mRNA decay’ (NMD), which prevents the creation of potentially toxic truncated proteins for cells, but also reduces the amount of mutated proteins expressed by tumour cells. “In our project, we will try to inhibit this mechanism to make it easier for the immune system to recognise and eliminate tumour cells, thereby enhancing the effect of immunotherapy,” she explains. “We also want to create a molecular map of tumour alterations in this process, to look for predictive markers of response, which would help to design new immunotherapy strategies destined to revolutionise cancer treatments.”

In addition, this year, the Association is also supporting three young researchers at the start of their careers:

Sara García-Alonso, has received an AECC post-doc grant to work in the Experimental Oncology Group led by Mariano Barbacid to study new therapeutic strategies in lung cancer. It is known that the RAF1 molecule is essential for the progression of this type of tumour, so this project aims to develop new drugs to eliminate it. This could pave the way for a new more effective therapy with fewer side effects.

Auban Gayà, a researcher of the Epithelial Carcinogenesis Group led by Paco Real, has received an AECC Predoctoral Grant to decipher the protective role asthma plays in the development of pancreatic cancer, since, according to a recent study by the group led by Núria Malats at CNIO, it has been shown to be associated with a 40% reduction in risk of developing this tumour. Establishing the cause-effect relationship will allow researchers to decipher mechanisms that may be useful in preventing this type of cancer.

Cristina Segovia, awarded an AECC Postdoc Grant, is also joining the CNIO Epithelial Carcinogenesis Group to study molecular mechanisms and therapeutic opportunities in bladder cancer. Specifically, she will investigate how cell functions are affected by alterations of the RBM10 gene, which is known to be altered in bladder, lung, pancreas, and colon tumours. In addition, she will look for how to exploit the weaknesses that tumour cells may present due to the alteration of this gene, in order to look for targets for future treatments.

CNIO, one of the world’s leading cancer research centres (Scimago report; Nature Index), covers the entire R&D/Innovation journey, from the most basic processes to drug discovery, as well as clinical trials in cancer patients in collaboration with hospitals. More than 450 scientists work at CNIO to transfer their results quickly and efficiently to Spain’s National Health System and the pharmaceutical and biotechnology market. In recent years, the strand of research devoted to metastasis – responsible for 90% of cancer deaths worldwide – has been strengthened with the incorporation of several fully dedicated research groups. Interdisciplinarity has also been promoted, recruiting computer experts to gain a more in-depth view of the complexity of cancer and propose new therapeutic hypotheses.

One of the goals at CNIO is to bring science closer to society. The initiatives that seek to achieve this goal include CNIO Friends, a philanthropic platform through which everybody can collaborate with the cancer research carried out by the Centre, which promotes a competitive International Contract Programme to attract research talent. Thanks to this community of donors, including anonymous individuals, patient associations, companies and institutions, more than 2.7 million euros have already been raised to promote highly competitive cancer research projects on metastases, childhood cancer, kidney and liver cancer, among others.