This is the most frequent cancer pathology in the brain

Manuel Valiente, an expert in brain metastasis —a process by which cancer cells spread to the brain from other parts of the body—, will start a new research group at the Spanish National Cancer Research Centre (CNIO). After working for five years at the Memorial Sloan-Kettering Cancer Center in New York with one of the world leaders in metastasis research, Joan Massagué, Valiente has returned to Madrid to start “a very interesting project from a clinical perspective, because metastasis is affecting a large number of patients who are receiving the same treatment as years ago. Up to 30% of patients with cancer are likely to develop brain metastasis.” People suffering from brain metastasis have a poor prognosis given the inexistence of an effective treatment, added to the loss of quality of life derived from metastasis-related neurocognitive deficits.

THE BRAIN, A ‘SANCTUARY’ FOR METASTASIS

According to data from the United States, 50% of brain metastases originate from primary tumours in the lung, 20% from breast cancers, and to a lesser extent from melanomas, renal cancer and colorectal cancer. “Regrettably, treatments that are effective in some cancers do not work well on the brain,” says Valiente. “This is a very exceptional organ because it is isolated from the rest of the organism. Chemotherapeutic treatments that successfully reduce metastasis in other organs are not able to do so in the brain. Some colleagues refer to the brain as a sanctuary for metastasis from a therapeutic perspective.”

Valiente´s research group will focus on “understanding how metastatic cells reach the brain and how they are able to survive. We are searching for general mechanisms that facilitate the formation of any kind of metastasis within the brain, irrespective of the tissue of origin —lung, breast or others. Cancer cells dodge the defensive mechanisms of the brain, proliferate out of control and eventually colonise a vital organ.” In summary, the goal is to understand how metastatic cells are able to modify and mould the tissue in order to promote tumour proliferation.

There are a few laboratories in the world doing research in this field, and Valiente had a great interest in creating his group at the CNIO. “I am keen on merging my two main interests, neurological research and metastasis, in order to carry out a different approach to the problem; we want to be a leading laboratory in this field. We are going to build knowledge together with clinical researchers, in order to create new opportunities for improving treatments. This is why the CNIO is an ideal place to carry out the project.”

Manuel Serrano, Director of the Molecular Oncology Programme where the new Brain Metastasis Group is located, states: “We are excited to create this new line of research that Manuel Valiente will lead. Manuel has had a brilliant career in Spain and in the US; he brings original ideas and very powerful experimental tools, plus enthusiasm and ambition. Furthermore, his research topic is very timely, little is known about it and it is extremely relevant from a medical point of view. Manuel has the traits of the ideal researcher that the CNIO is looking for.”

The Molecular Oncology Programme is a cornerstone of CNIO´s research, both because of the size of its teams and projects, and the relevance of its findings. At present the Programme consists of 10 research groups and has 125 scientists that are able to attract funding in order to cover the cost of their projects. This has an effect on other CNIO areas, where clinical research and drug discovery are constantly being promoted, thus contributing towards the success and public recognition of the Centre.

Manuel Valiente (Zaragoza, 1980) studied Veterinary Sciences and obtained his PhD at the Institute of Neurosciences of Alicante with Óscar Marín, where he specialised in the study of neural circuits during development. In 2009, he found “an opportunity to work with Joan Massagué in New York to study brain metastasis; this connected my two main interests, the brain and metastasis.”

Valiente has received several awards throughout his scientific career including the National Award for Veterinary Sciences (University of Zaragoza, 2003) and the PhD Student Award (Miguel Hernandez University, 2009). He received a postdoctoral grant from the Hope Funds for Cancer Research (2010), where he is part of the Council of Advisors, and he currently holds a Ramón y Cajal Grant. 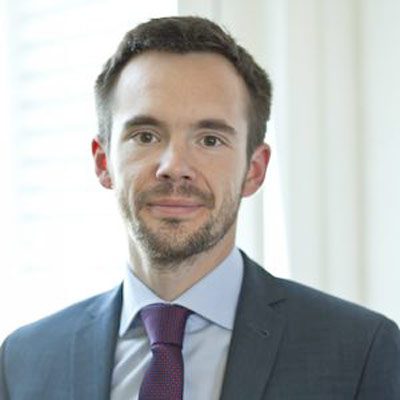