The Spanish National Cancer Research Centre (CNIO) has boarded the science truck Movilab this morning Wednesday, May 8, to raise awareness about cancer research among young people. The mobile science lab, which will visit up to 15 cities this year, will be stationed in the premises of the Instituto Carlos III until next May 10th.

The activity, which was aimed at primary school students, included the talk titled Cuando las células se convierten en supervillanos –given by Ángela Monasor, from the Genomic Instability Group, and Cristina Balbas, from the Epithelial Carcinogenesis Group- and the showing of the video titled Un día  en el Centro Nacional de Investigaciones Oncológicas, in which CNIO pre-doctoral (CNIOSA) and post?doctoral (CNIO-PDA) researchers talk about their day-to-day efforts and how they work to produce new discoveries.

Movilab is an initiative of the Spanish Foundation for Science and Technology (FECYT), the Spanish National Research Council (CSIC) and the Padrosa Foundation. This activity represents the first collaboration between CNIO and Movilab, and shows once again the institution’s commitment to science education. 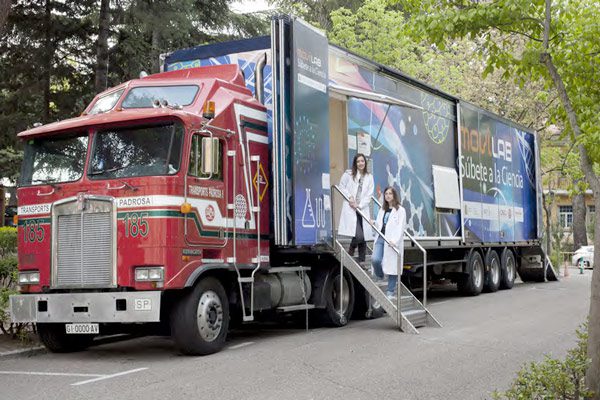 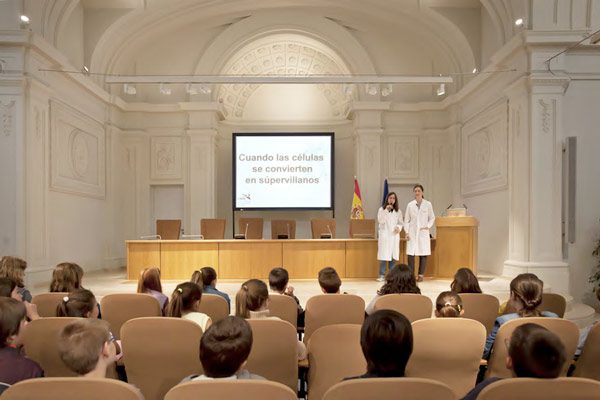 Ángela Monasor and Cristina Balbas during the talk /CNIO