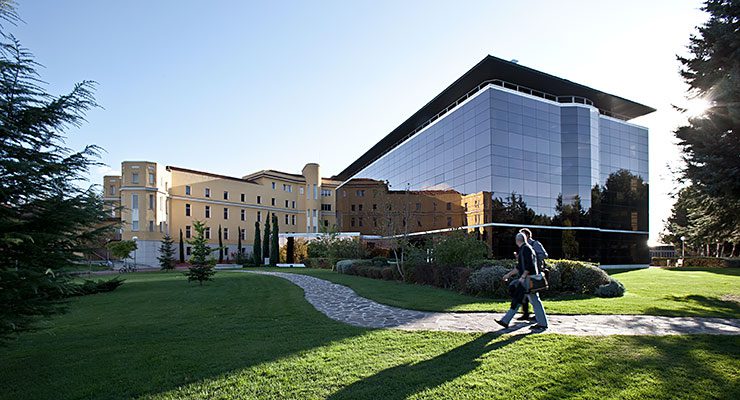 The Spanish National Cancer Research Centre (CNIO) is among the top 100 European research institutions in life sciences and is the second regarding cancer research, only behind the Netherlands Cancer Institute (NKI). The data appears in the latest Nature Index -published towards the end of July-, which tracks the high-quality research of more than 8,000 global institutions through the papers published in 68 high-impact journals, 35 of which deal with life sciences.

The index provides almost real-time information on top-quality scientific research produced by an institution, region or country based on the number of articles published in influential journals. There are four measures provided by the index: number of published articles in which the institution (or country) is involved; the relative contribution of each author of the article; the same metric but adjusted to avoid the over-representation of Astronomy and Astrophysics journals -which account for 50% of all articles published in this field-; and the collaboration score, which takes bilateral relations into account.

“The Nature Index data reflect the excellence and competitiveness of CNIO’s scientific production in the international context, two of the Centre’s main strategic objectives”, says Carolina Pola, Head of International Affairs at the CNIO. “The CNIO’s commitment to maintaining its high scientific impact in Spain and abroad through partnerships with leading centres and by attracting talent will continue to bear fruit in the coming years,” she adds.

Nature Index does not take into account the size of the institutions or their overall production. In other words, large institutions, such as the NKI -the only monographic cancer centre that is ahead of the CNIO in this ranking- that has more than 2,000 employees, compete against much smaller institutions.

In this latest edition, the CNIO is the second monographic cancer research centre on the list, behind the above-mentioned NKI, and the third if we take into account Cancer Research UK, a conglomerate of various institutes in the United Kingdom. Regarding Spanish institutions, only two centres are among the top 100 together with CNIO: the Higher Council of Scientific Research (CSIC) and the Pompeu Fabra University.

“These results are very positive for the CNIO because, in spite of being an independent and modest centre, we are at the same level as institutions that have more personnel, resources and work centres”, stresses Maria A. Blasco, CNIO Director.

The report, which highlights the growing power of Chinese centres, reflects another positive development regarding CNIO’s top-level production; the Centre’s positive trend, which has improved by 26,7% since the previous edition. These data are consistent with those arising from the application Mapping Scientific Excellence, which places the Centre as the third in the world in the field of cancer research, behind Dana-Farber Cancer Institute (USA) and Cancer Research UK.

“Given the role research must play in solving many of society’s biggest challenges, we congratulate the countries and institutions who are striving to be epicentres of scientific success,” says Nicky Phillips, editor of Nature Index.