CNIO honours its ‘Friends’ in an open-door event 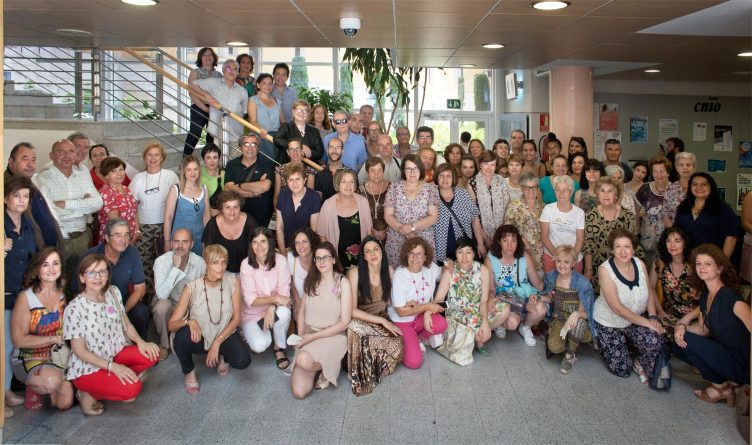 Attendants to the 2019 open-door event for CNIO Friends. /CNIO

CNIO Friends draws support from public figures like Alejandro Sanz and David Bisbal through Juegaterapia, José Mota and Margarita Salas, and companies such as L’Oréal, among others

As in previous years, on June 27, the Spanish National Cancer Research Centre (CNIO) opened its doors to the community of CNIO Friends donors as a way to express gratitude and honour them for their support of cancer research. CNIO Friends has more than 1,300 members, benefactors and sponsors who have contributed nearly 2 million euro that were channelled into the CNIO Friends International Postdoctoral Contract Programme. This leading programme offers young scientists the chance to work in new, promising lines of cancer research. To date, 11 scientists have been part of the programme, conducting studies of metastasis, children’s cancer, kidney or liver cancer, and many other lines of research.

More than 100 Friends and their companions were welcomed by CNIO Director, Maria Blasco, who told them about the latest achievements made by CNIO researchers. For their part, Paula Martínez, María Moreno, Neibla Priego and Miguel Jiménez described the four projects they are carrying out thanks to donations from CNIO Friends. The visitors were given a lab tour and had lunch with the researchers. Raquel Yotti, Director of Spanish Institute of Health Carlos III, under whose purview CNIO is ascribed, also attended the presentation.

The philanthropic initiative CNIO Friends was launched in December 2014 under the slogan ‘More research, less cancer’, in an effort to meet growing social demands. Year after year, reports on the public perception of science reveal that the people are interested in supporting science and in other new forms of citizen participation in scientific research, especially in the field of medicine and health. “The generosity of our donors is essential for us, and the new CNIO Friends platform is a way to get closer to the general public, express our gratitude and describe what we do,” Maria Blasco said back then.

The community of CNIO Friends has grown with the continued support from companies and individuals who give donations, gifts of property or even leave their estates to CNIO. “Legacy is not that usual yet,” says Blasco. “Few people know they can include CNIO in their will and thus contribute to the development of new cancer treatments.”

Thanks to the efforts of countless researchers, great progress has been made in the past five decades. As to breast cancer, for instance, mortality rates have dropped considerably. However there is still a lot to be done, such as finding efficient strategies against pancreatic cancer, melanoma or metastasis, as well as identifying the relationship between tumours and DNA damage, genomic instability and cellular metabolism. Also, further progress needs to be made in the field of precision medicine, whose focus is on identifying and applying ground-breaking technologies in the fields of molecular biology and biomedicine.

In the last years, CNIO got enthusiastic support from anonymous individuals, companies and public figures like Alejandro Sanz and David Bisbal, through actions like the agreement between CNIO Friends and Juegaterapia, the video in which José Mota and Mago More encourage viewers to become CNIO Friends – ‘With many bits, we do a lot!’ –, the challenge undertaken in early 2015 by Marcos Argumosa, who finished ten consecutive marathons starting in Cantabria and finishing Madrid, or the agreement signed with L’Oréal this year to launch the #InvestigaciónEsVida multichannel campaign, present in more than 1000 pharmacies across Spain. Furthermore, projects such as CNIO Arte, funded by Banco Santander Foundation, or the debate ‘La ciencia actual rescata a Victor Frankenstein’ (Modern Science Rescues Victor Frankenstein), recently held by CNIO and CaixaForum in the context of Books’ Night, are carried out to raise funds for CNIO Friends, bringing science closer to society through culture.