>The Spanish National Cancer Research Centre (CNIO) and the Jesús Serra Foundation have renewed their collaborative agreement for the Visiting Scientists Programme, in order to deepen the scientific relationship between both organisations and to open up the possibilty of beginning new lines of scientific research.

The first collaborative agreement of this type was signed in 2009, and would lead CNIO to host an internationally renowned researcher for a three to six month period.

Thanks to the success of the programme, CNIO has decided to extend the agreement, which took place yesterday during a signing ceremony at which the CNIO Director, María Blasco, the Chairman of the Jesús Serra Foundation, Federico Halpern, and the Director of the Carlos III Health Institute, Vice-President of the Board of Trustees and Chairman of CNIO’s Executive Committee, Antonio L. Andreu, were present.

The collaboration between the Jesús Serra Foundation and CNIO began with visiting scientist David Glodgar, an American genetic epidemiologist with almost 30 years experience. Over the past few years, Mercedes Rincón, a researcher from the University of Vermont in the US, and Astrid Laegreid, a Professor in functional genomics at the Norwegian University of Science & Technology, have also visited CNIO. 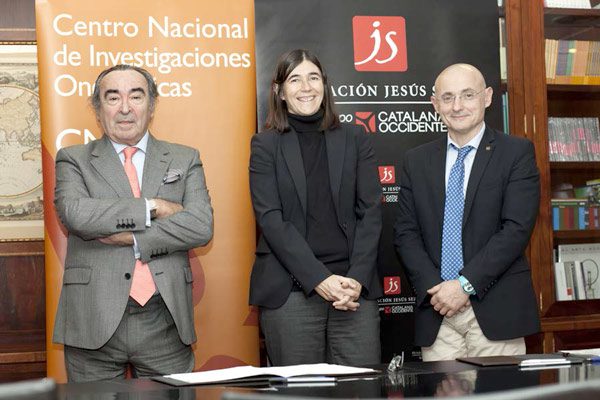