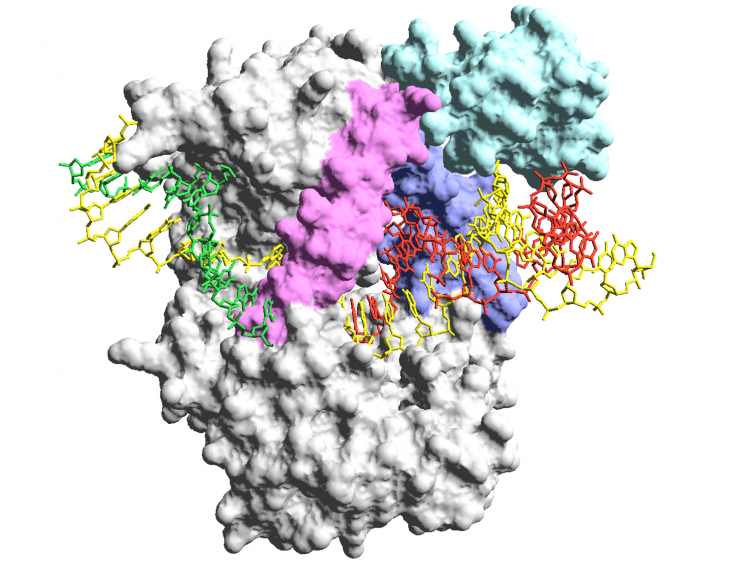 The project is aimed at rapid virus detection (in under an hour) using a simple technique that could be run on-site, without special equipment

The technique could enable massive testing, including asymptomatic patients, which could prevent spreading of the virus, strengthening health system response

It relies on phi29 DNA polymerase (phi29 pol), a ‘very powerful’ enzyme discovered over 30 years ago; its biotech applications being one of the milestones in the history of Spanish science

The project, which is now under way, is coordinated by Felipe Cortés, head of the Topology and DNA Breaks Group, and Luis Blanco, researcher at the Severo Ochoa Molecular Biology Centre-CSIC and one of the scientists who developed this ‘made in Spain’ technology in 1989, along with Antonio Bernad and Margarita Salas

Diagnostic capacity is one of the limiting factors in the control of the Covid-19 pandemic that is sweeping the world. This calls for new diagnostic tests that are capable of detecting the virus in asymptomatic patients easily, reliably and on a massive scale. In an effort to overcome this challenge, the Institute of Health Carlos III has launched an extraordinary call for projects, the Fondo Covid-19, and chosen a collaborative project by the Spanish National Cancer Research Centre (CNIO) and the Spanish National Research Council (CSIC) as eligible for financial aid. The project revolves around a fundamental finding in the history of Spanish science: the enzyme phi29 DNA polymerase (phi29 pol).

Given its special properties, phi29 pol can be a powerful ally in fighting Covid-19. Researchers believe that isothermal amplification technologies could be used to improve RNA detection capabilities for SARS-CoV-2 in labs around the world. Currently, the virus detection techniques involve reverse transcription polymerase chain reaction (RT-PCR), which requires highly specialised staff and equipment. The rapid detection tests available, involving antibodies, are not sensitive or reliable enough.

The project, which is now under way, is being led by Felipe Cortés, head of the Topology and DNA Breaks Group at the CNIO, and Luis Blanco, Research Professor at the Severo Ochoa Molecular Biology Centre (CBMSO), a CSIC-Universidad Autónoma de Madrid (UAM) joint centre.

Technology made in Spain

Phi29 pol is a “very powerful” enzyme. It is capable of amplifying small quantities of genetic material thousands or even millions of times. “Given its ability to amplify nucleic acids from scarce or even damaged samples, it could be a highly sensitive method to detect SARS-CoV-2 genetic material [and thus confirm whether a patient is infected], even in the presence of small viral loads like those found in asymptomatic patients,” Cortés explains.

But there is more. Unlike the currently used RT-PCR techniques, the strand-displacement amplification method used by phi29 pol works at a constant temperature, even at room temperature, which means it could analyse samples in less than an hour at point of care. “This is one of the project’s key features, enabling us to detect the virus at room temperature, without specialised staff or equipment,” Blanco adds.

“Using this method, the tests could be run on-site, in primary care facilities, nursing homes and other particularly sensitive locations, with no need to take the samples to specialised labs, thus simplifying the logistics and preventing new infections,” the researchers say.

Discovered in 1984 by Luis Blanco and Margarita Salas, researchers at CSIC, phi29 pol embodies one of the paradigms of Spanish applied science. Given its unique characteristics, the enzyme is now widely used for DNA amplification by genetic laboratories, forensic medicine and forensic science.

The Covid-19 diagnostic method suggested in the project relies on an improved phi29 pol developed by Miguel de Vega (CBMSO-CSIC), who is also part of the team. The improved phi29 pol’s operating licence belongs to 4basebio (Madrid Science Park).

“The global experts in this technology and the intellectual property owners are both here. This means that, if our trials turn out as expected, production and distribution at the national level will be easier,” Cortés and Blanco remark.

Drawing on previous knowledge and readily available technology, the project’s researchers expect to have the first version ready by next autumn, coinciding with a possible resurgence of the disease. In the first stage, they will focus on detection sensitivity using clinical samples. At a later stage, the system will be optimised for clinical application.

Additionally, the team has applied for financial aid for project extension in other Covid-19-related calls. The extension would consist in developing a portable device (similar to a pregnancy test) for rapid, easy and reliable diagnosis, even at home. Also, the technique will be adapted to detect the virus in the environment (e.g. on surfaces and other points of interest to control the pandemic).

CNIO is a public institution specialising in the research, diagnosis and treatment of cancer, affiliated to the Institute of Health Carlos III (Ministry of Science and Innovation). Ranked among the world’s top ten cancer research centres (sources: SCImago; Nature Index), CNIO covers the entire R&D+I range, from basic research to clinical trials, applying research findings in the Health National System and the pharmaceutical and biotech industries.

On the outbreak of the SARS-CoV-2 pandemic, the CNIO researchers, strongly committed to public service, submitted to the Institute of Health Carlos III as many as 12 different projects to study a variety of relevant aspects, including how to block the infection or how to treat associated pathologies.

Furthermore, in an effort to support hospitals in Covid-19 sample analysis using the PCR technique, CNIO has transferred four PCR machines (qPCR 7500 Fast by Applied Biosystems) to the microbiology labs at La Paz and Gregorio Marañón Hospitals. Also, protective equipment has been donated to healthcare facilities and nursing homes in the Community of Madrid.