The Team Science Award for Women in Scientific Research is granted with $900.000 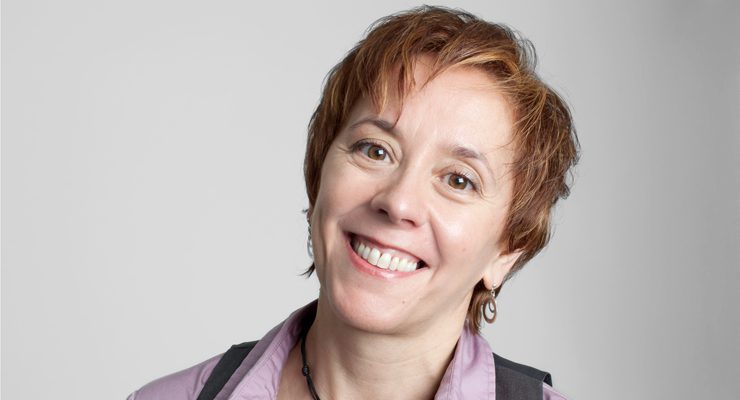 The Spanish National Cancer Research Centre (CNIO) is pleased to announce that a global, multi-institutional research team consisting of the Spanish National Cancer Research Centre (CNIO), The Wistar Institute, Cancer Research UK Edinburgh Centre (University of Edinburgh), the Perelman School of Medicine at the University of Pennsylvania, and the Icahn School of Medicine at Mount Sinai has been awarded the L’Oréal Paris USA–MRA Team Science Award for Women in Scientific Research bestowed by the Melanoma Research Alliance (MRA), the largest private funder of melanoma research worldwide.

The L’Oréal Paris USA–MRA Team Science Award for Women in Scientific Research recognizes the collaborative efforts by top-notch female investigators whose research focuses on malignant melanoma, a characteristically aggressive cancer type. Increasing in incidence every year, melanoma is the only disease where lesions barely two millimeters thick can disseminate (metastasize) throughout a person’s body. Some patients succumb to metastasis within months, while in others the tumor cells can remain silent or “dormant” for years or decades before striking. This differential behavior is unclear and is the focus of the collaboration.

Representing Spain, the United States and Scotland, the all-female team of scientists has decided to tackle the mechanisms that distinguish (and mark) fast-growing melanomas from those that are dormant.

“We are thrilled to be awarded this L’Oréal Paris USA-MRA grant,” said team leader Maria Soengas at the CNIO. “Visualizing and treating silent melanoma cells has been a major challenge in the field, and therefore requires large collaborative platforms to translate basic research results into long-lasting clinical improvements. This partnership will try to bridge this gap by integrating efforts of specialists in molecular biology, tumor dormancy, pathology, and molecular oncology.”

There are four major goals of this three-year project. The first goal of the project is to identify biomarkers of active metastasis. Secondly, the team will define how tumor cells can become “dormant,” and why at some point, they get “awakened.” Both of these studies will utilize sophisticated imaging models to visualize and trace melanoma cells in vivo from early stages of tumor development as well as reagents accessible by the entire team, particularly a large set of clinical specimens. The third goal aims to validate treatments that could attack both dividing and silent melanoma cells. The fourth objective is to mentor and empower new female researchers in the melanoma field.

In 2016, the MRA has funded 17 additional grants to support a total of 46 investigators in 30 institutions spanning seven countries. To date, MRA has dedicated more than $79 million to foster important discoveries across the globe in order to better understand and treat malignant melanoma.