His studies will focus on the mTOR protein, driver of cell proliferation and survival

According to Alejo Efeyan, “the limitation of nutrients and the manipulation of the cellular processes regulated by them may be one way of halting an incipient tumour.” This is the idea on which the research of this Argentinian biologist will be based. He has just joined the Spanish National Cancer Research Centre (CNIO) to head a study on the relationship between metabolism and cancer.

Efeyan has been working on the mTOR protein for years. This protein is key in how cells respond when there are high levels of nutrients. “We are pioneers in the design of mouse models with genetic alterations to characterize the physiological processes associated with the deregulation of the mTOR protein,” explains Efeyan, who conducted these investigations in the laboratory of the researcher David M. Sabatini during his time at the Whitehead Institute for Biomedical Research in the USA.

Now, at the CNIO, Efeyan will lead the Metabolism and Cell Signalling Group to push the boundaries a little further: “We need to provide medical significance and a specific use: study these cell communication systems in greater depth to progress in pathological processes such as cancer, but also in other processes, such as obesity and diabetes.”

mTOR is a protein that controls such important cell functions as their multiplication and survival.

In healthy cells, mTOR acts as a control system that triggers growth and proliferation when nutrients, such as glucose and amino acids, are plentiful. In tumour cells, proteins involved in the mTOR signalling pathway are mutated and behave as if they were surrounded by high levels of nutrients, even when there are none, thus favouring cell growth and, hence, the proliferation of tumours.

“Even if nutrients are present, what we need to do is ensure that cells ‘are unaware of this’, and therefore turn off this signalling pathway. Then the cell will not proliferate,” says Efeyan. Therefore, intervening at nutrient level could be a tool to treat tumours.

In fact, the mTOR signalling pathway is already used in clinical practices. An example is rapamycin, a cancer treatment drug that acts as a brake for mTOR and also has anti-ageing properties. Even so, according Efeyan, “it is not a perfect medicine, since it is not a complete inhibitor.”

Efeyan’s laboratory at the CNIO will dedicate its efforts to understanding the physiology of this signalling pathway. “Six, seven or eight years ago we didn’t even know what a nutrient regulation mechanism was. Now, however, it has been delineated to a great extent and we must try to understand its context in diseases such as cancer, diabetes or ageing.” With this in view, he will begin with animal models generated in Sabatini’s laboratory, with whom he will also conduct joint research projects.

A graduate of the University of Buenos Aires in 2001, Alejo Efeyan prepared his undergraduate thesis at the Institute of Biology and Experimental Medicine (IBYME-CONICET) on a breast cancer model.

Subsequently, he prepared his doctoral thesis under the direction of Manuel Serrano, studying tumour suppression via P53 on genetically engineered mice.

In 2008, after leaving the CNIO, Efeyan joined the David M Sabatini laboratory at the Whitehead Institute for Biomedical Research – MIT. This is where he laid the foundations for the characterization of the mTOR signalling pathway using new mice models.

In January 2016, Efeyan returned to the CNIO as chief investigator to take the study of the behaviour of cells in certain metabolic environments a step further: in particular, the mTOR protein and its relationship with the occurrence of cancer.

Throughout his career, Efeyan has received funding from the American Human Frontier Science Programme, the Simeon Fortin Charles King Trust. His work is currently being funded by the Ramon y Cajal Programme of the Ministry of Economy and Competitiveness and by a Starting Grant from The EU European Research Council (ERC). 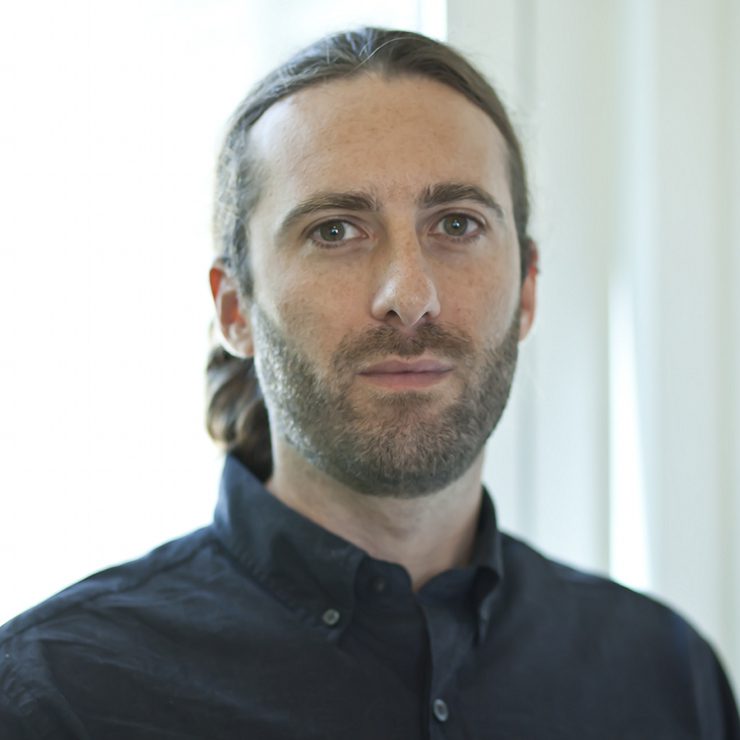