Home | News | CNIO News | CNIO researcher Alejo Efeyan, selected by EMBO to be part of its network of Young Investigators

CNIO researcher Alejo Efeyan, selected by EMBO to be part of its network of Young Investigators 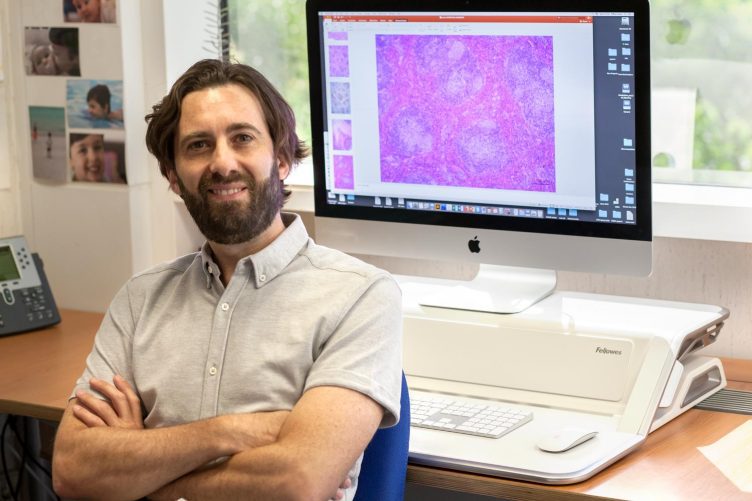 Alejo Efeyan has been selected alongside other 29 European scientists, including three Spanish researchers, from over 200 candidates

Over the next four years, he will receive financial assistance and advice from EMBO so that he may continue studying the area of metabolism in cancer, diabetes, and ageing

The European Molecular Biology Organization (EMBO) has chosen Alejo Efeyan, Head of Metabolism and Cell Signalling Group at the Spanish National Cancer Research Centre (CNIO), as one of its EMBO Young Investigators. Efeyan will be joining an exclusive network that brings together the brightest young European researchers in the field of life sciences, and he will also receive financial assistance and advice from EMBO over the next four years so he is able to continue studying in the area of metabolism in cancer, diabetes, and ageing.

EMBO Young Investigators is a highly competitive programme aimed at supporting promising European researchers at a critical moment in their careers. It selects group leaders who have been leading their first research team for no more than four years and who have already made some outstanding scientific achievements. Over a further four-year period, this programme gives them access to benefits such as financial aid, facilities to use the resources of the European Molecular Biology Laboratory (EMBL), and mentoring by a senior researcher from the EMBO membership network to develop their full potential.

The CNIO researcher has been selected alongside another 29 European scientists, including three Spanish researchers, from over 200 eligible candidates.

“EMBO’s support for my research programme supports the work that is already underway and opens up opportunities for future scientific interactions,” Efeyan stated.

“We are delighted to welcome the new Young Investigators to the EMBO community and look forward to support them in leading and further developing their independent laboratories,” says EMBO Director Maria Leptin. “These 30 life scientists have demonstrated scientific excellence and are among the next generation of leading life scientists. Their participation in the EMBO Young Investigator Programme will help them in this critical phase of their careers.”

Born in Buenos Aires (Argentina), Alejo Efeyan joined Manuel Serrano’s Tumour Suppression Group at CNIO in 2003, to carry out his doctoral thesis work on molecular and cellular mechanisms of tumour suppression by studying the p53 gene.

In 2008, Alejo joined David M. Sabatini’s team at the Whitehead Institute at MIT to study another key physiology regulator, the mTOR gene, and how it controls our metabolism. Precisely during this postdoctoral stage, he became interested in understanding the connections between nutrients and pathological processes, thanks to the development of the first mouse genetic models within a field of research that was limited to the study of cultured cells.

In 2016, he rejoined CNIO to set up the Cell Metabolism and Signalling Group. Efeyan’s laboratory relies primarily on mouse genetic models designed to understand why chronic excess levels of nutrients are associated with cancer, diabetes, and ageing. In addition to working to understand the rules that define these connections, the Metabolism and Cell Signalling Laboratory also seeks to develop therapeutic strategies based on attacking these connections.

In 2019, his team published in Nature Metabolism a study that found the connection between the metabolic pathway of mTOR and follicular lymphoma and proposed a possible therapeutic strategy with a drug already used in patients of other types of tumours.