A play at a cancer research centre

"A Room of One's Own', starring Clara Sanchís and directed by María Ruiz, at the CNIO on 7 March 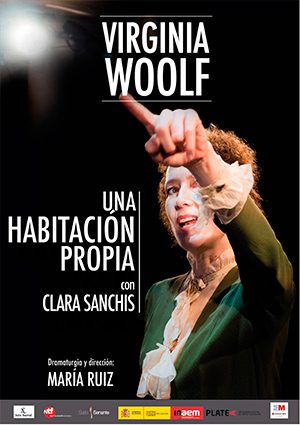 The stage of the CNIO auditorium has hosted some of the world’s most illustrious scientists. Nobel laureates, political leaders, cultural icons… However, on 7 March, the Spanish National Cancer Research Centre (CNIO) will become a theatre. On occasion of the International Women’s Day, and promoted by the centre’s Women in Science and Engineering Office (WISE), a single performance of ‘A Room of One’s Own’, a stage adaptation of the work by Virginia Woolf, will be offered.

In this work, Woolf appealed to the freedom of the mind. It is in this spirit that the idea arose of giving in to a bit of madness and transforming the CNIO auditorium into a stage for a day so that Clara Sanchís could perform. She will be interpreting Virginia Woolf based on an adaptation by the author María Ruiz.

‘A Room of One’s Own’ is an essay about women and literature but can be extrapolated to all professional women”, said María Blasco, Director of the CNIO and a member of WISE. For this reason and “given the relevance of Woolf’s work in favour of the struggle of women, the play seems to be an ideal way of celebrating Women’s Day”, says Lola Martínez, head of the said office.

The interpretive force of Clara Sanchís, assisted by the magnificent dramaturgy and direction of María Ruiz, will take place on the stage that formerly welcomed Nobel Laureates, such as Elizabeth Blackburn, Paul Nurse, Ada Yonath or Robert Huber, among other eminent scientists.

This production of ‘A Room of One’s Own’ was performed last year at the Kamikaze Teatro Pavon and will come to the Margarita Xirgu Stage at the Teatro Español. The CNIO has the honour of being a short stop on this journey. Anyone who wishes to enjoy the performance is welcome on 7 March at 12 noon.