As we do each year, on 4 February we celebrated World Cancer Day. In conjunction, we launched the #CNIOStopCancer campaign to give visibility to the cancer research carried out at CNIO, which also aims to highlight the importance of joining forces in the research into this disease.

We are proud to enjoy the support of great professionals and friends such as Edurne Pasaban, Carlos Hipólito and Laia Sanz, who helped us convey the message that, now more than ever, science cannot stop pursuing its goal of improving the quality of life of patients. Thank you Edurne, Carlos and Laia, for your commitment to cancer research: https://www.youtube.com/watch?v=4FhcJhOjrcE

I would like to thank once again all CNIO Friends, especially those who recently joined our Centre. Your support is very important to us, as it allows us to bring in new researchers. At CNIO, we firmly believe that we must open our doors to all citizens who wish to participate actively in the progress of research, to improve patient survival and to create a future in which diseases are under control. Seven years after launching CNIO Friends, we are pleased to see that we were not mistaken: more than 1,900 contributors, including individuals, foundations and companies, have already converted their collaboration into research, and this community is growing day by day. Thank you for being there. 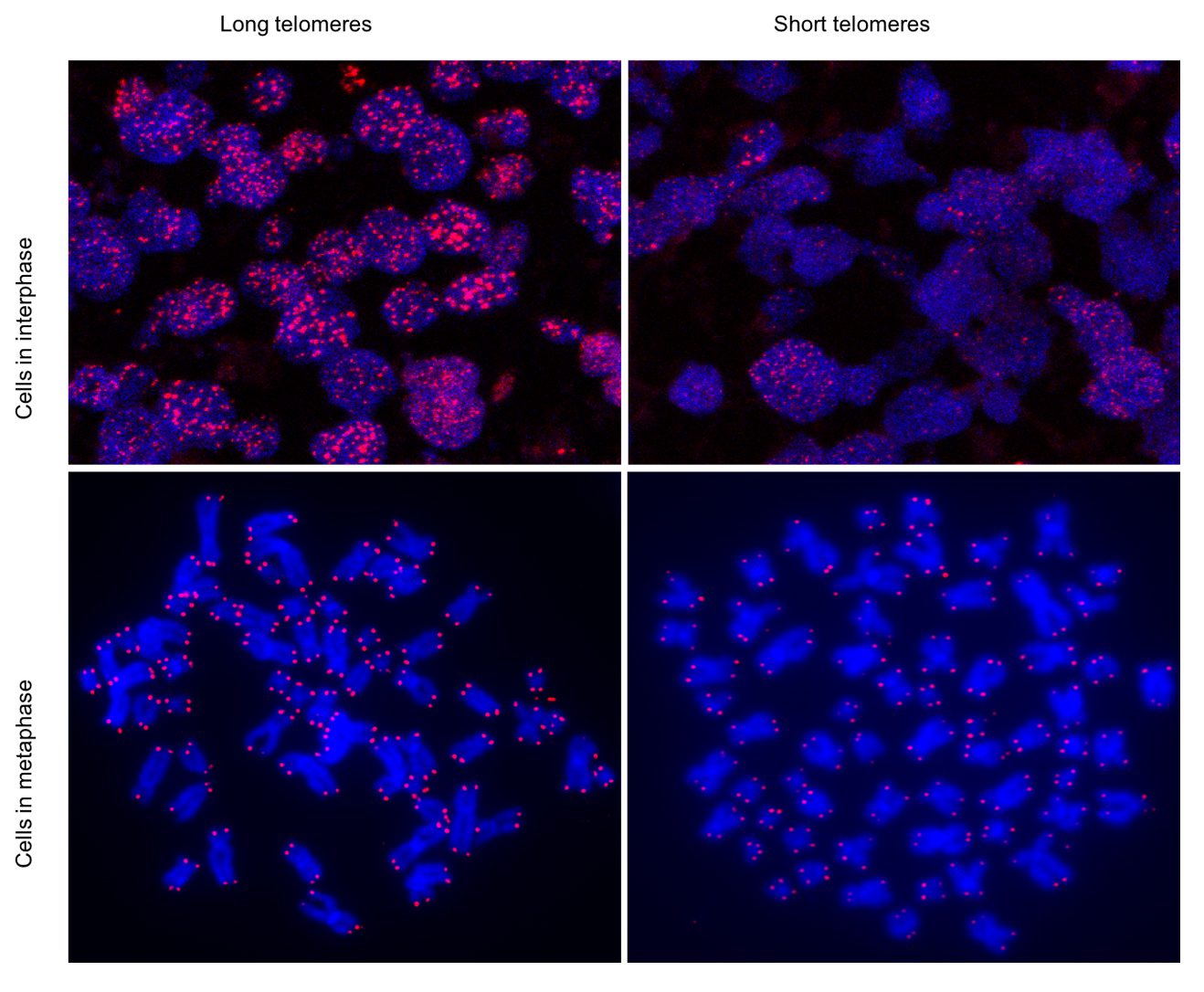 By analysing samples from COVID-19 patients at the IFEMA Hospital, the Telomeres and Telomerase Group led by Maria A. Blasco at CNIO discovered that COVID-19 patients with shorter telomeres (which are one of the triggers of ageing in the body) also have the most severe symptoms of this disease.

The study suggests a possible therapy based on the activation of the enzyme telomerase for patients with post-COVID lung damage, which now must be tested in mice to confirm its efficacy. 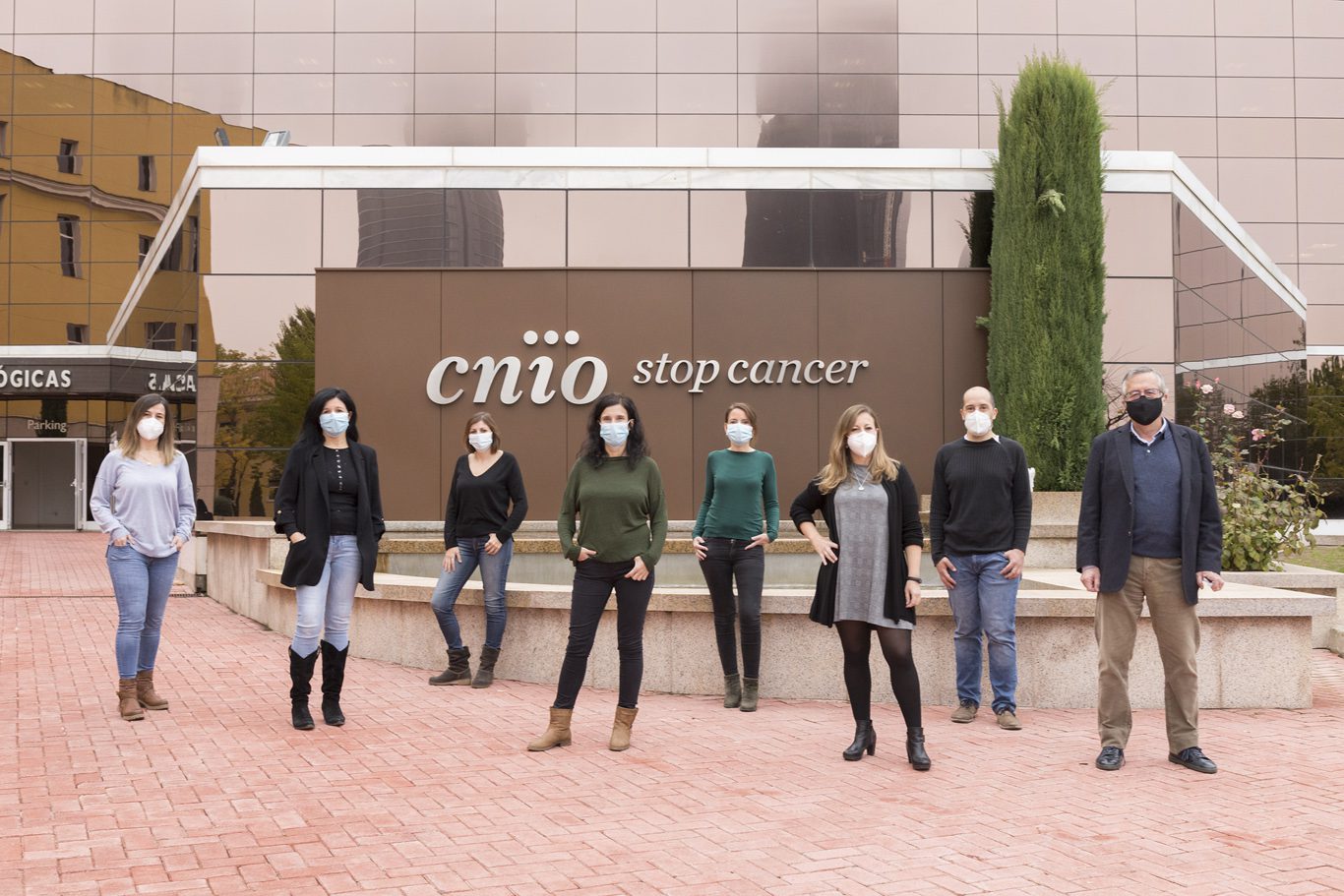 CNIO participated in an international study to determine the inheritance of breast cancer, which succeeded in defining the most important genes that increase the risk of this disease: the results confirm the importance of 9 ‘candidate’ genes and also show that 15 genes used so far in some tests are not indicative of increased risk for breast cancer and should therefore not be taken into account, at least at present, in risk estimates.

In this study, which was conducted on 113,000 human samples, 250 researchers from institutions in more than 25 countries participated.

Mountaineer Edurne Pasaban, actor Carlos Hipólito, and trial and endurance world champion Laia Sanz have leant their support to the cause of CNIO Friends. The three of them star in the #CNIOStopCancer campaign that we launched to raise awareness of the importance of research on the occasion of World Cancer Day, which was celebrated on 4 February.

“Now more than ever, cancer research must continue”; “I support the CNIO because they are working very hard to eradicate cancer”… are some of the messages they wanted to share with all of you. 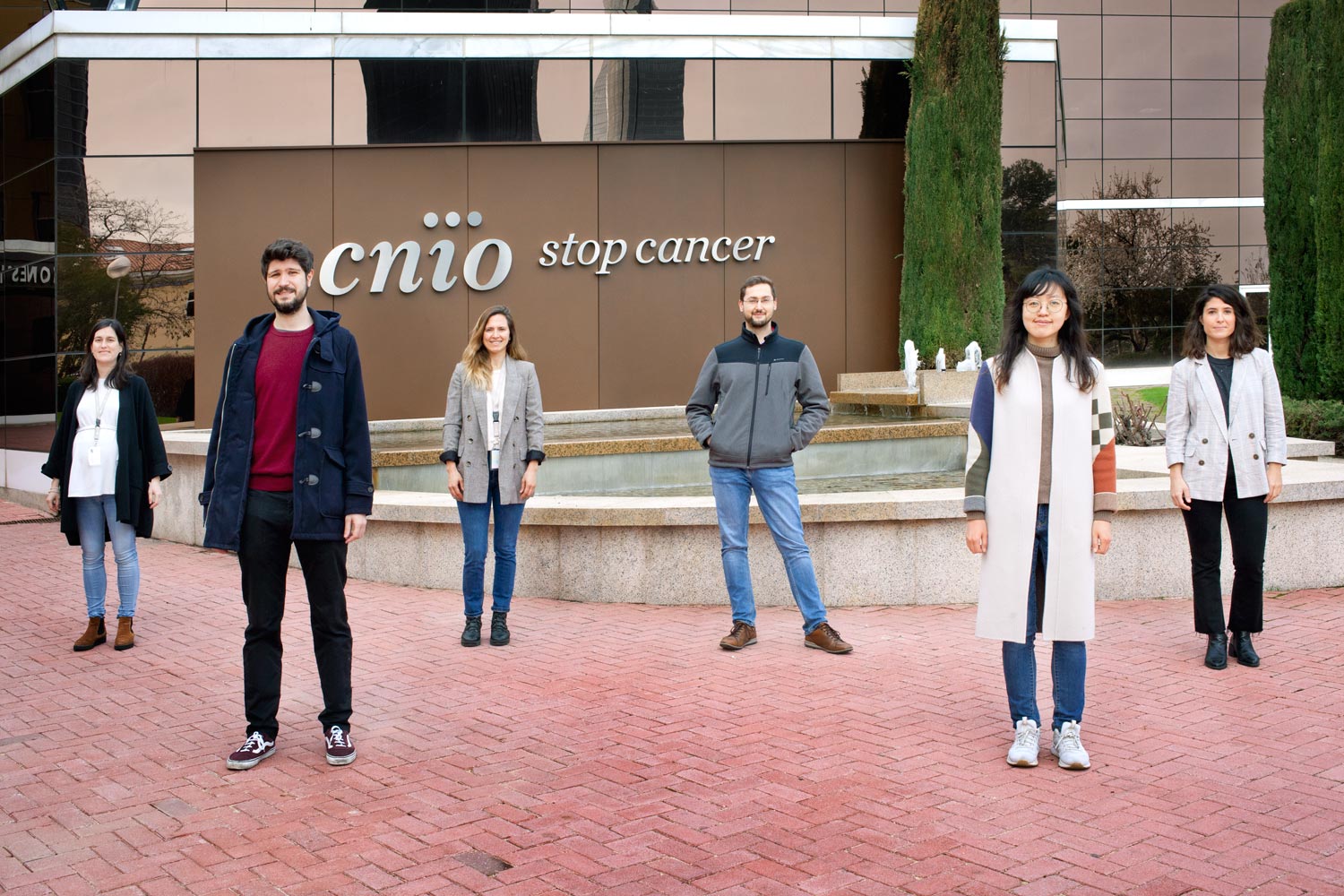 Thanks to our donors, researchers María José Andreu, Giuseppe Bosso, Sofía Cabezudo, Kim Eunjeong, Magdalena Leal and Sergio Muñoz have joined the CNIO with a CNIO Friends Postdoctoral Contract. They will carry out research on Ewing sarcoma, telomere protection (key in cancer and ageing), a molecular pathway that is overactivated in several tumours, liver cancer, melanoma, and DNA replication, respectively.

They bring to 19 the number of scientists who have joined the CNIO thanks to the CNIO Friends International Postdoctoral Contract Programme, which has enabled them to pursue innovative cancer studies in an environment of scientific excellence while at the same time allowing the CNIO to attract new talent.

One more year, the CNIO participated in the International Day of Women and Girls in Science. Under the slogan #HazteCientífica (#BecomeAWomanScientist), six female researchers from the Centre remind us in a video of the many reasons why girls and women with a scientific vocation should not give up on their goal: “to advance knowledge”; “to put an end to the fear and suffering caused by disease”; “to tackle global challenges”; “because science helps us to understand the world better”; “because science is a common good”; “because you can change the world”. 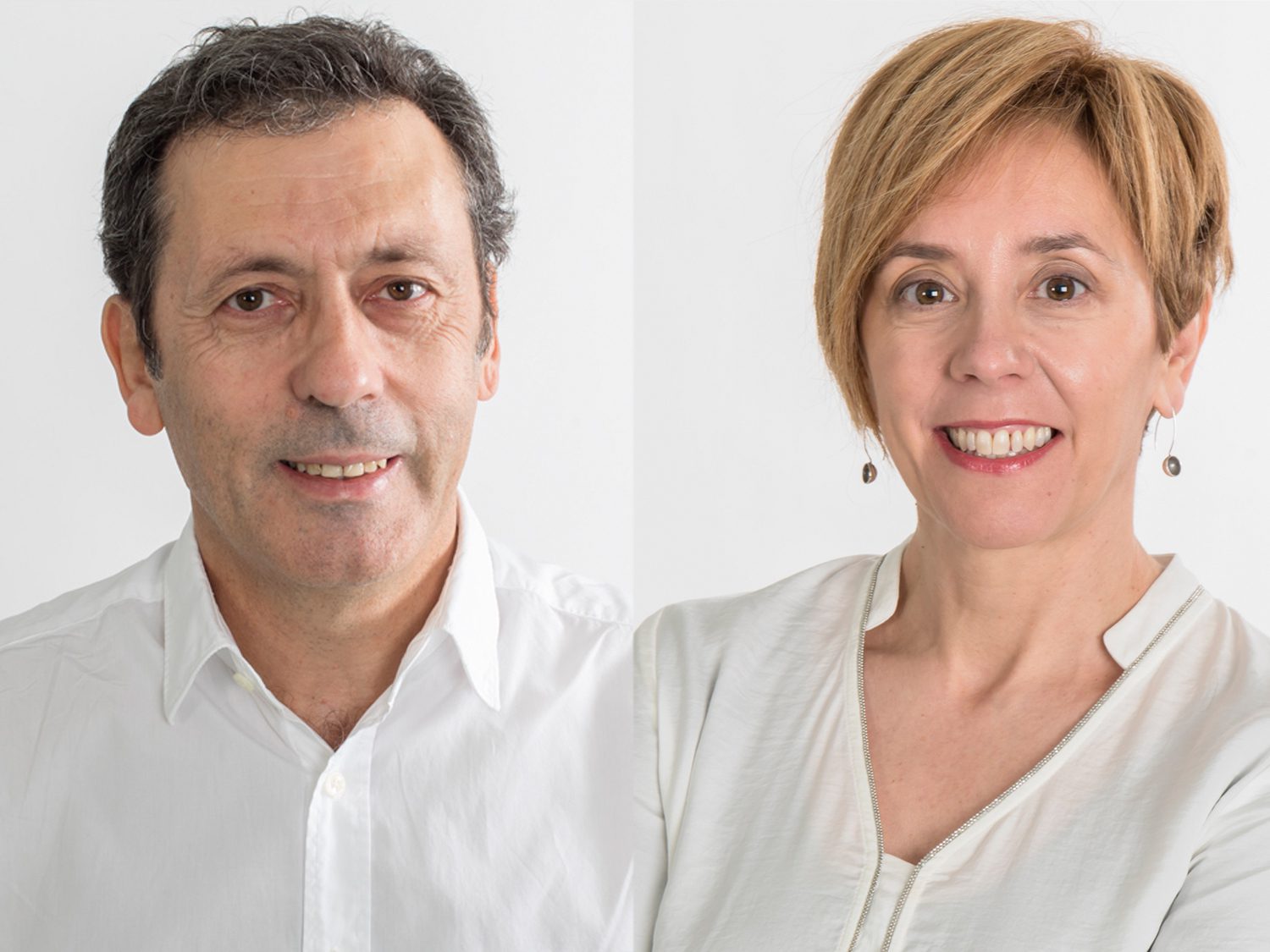 Luis Paz-Ares, Director of the H12O-CNIO Lung Cancer Clinical Research Unit, assumes the presidency of the Spanish Association for Cancer Research (ASEICA) for the next two years. Furthermore, Marisol Soengas, Head of our Melanoma Group, has been elected as the new Vice-President. Congratulations to both of them!

Anna González-Neira: “Our study will allow us to identify which genes are most useful for breast cancer risk prediction” 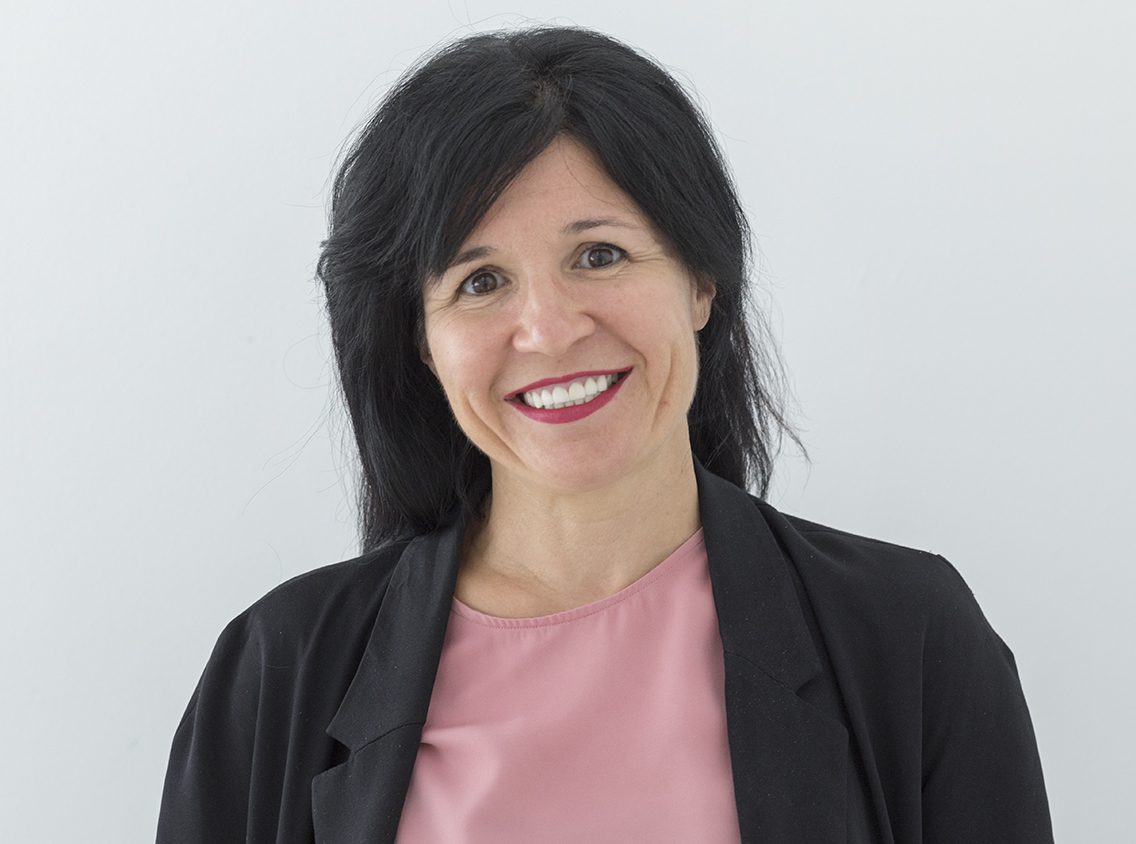 Anna González-Neira, Head of our Human Genotyping – CEGEN Unit, explains more about the international study in which the most important genes that increase the risk of breast cancer were defined. At the CNIO, she has participated jointly with researchers Ana Osorio and Javier Benítez.

How will this study help to improve diagnostic tests and genetic counselling?

This work will help improve diagnosis, as it has allowed us to identify which genes are most useful for breast cancer risk prediction tests. Moreover, through this study we were able to rule out a number of genes used in some diagnostic tests. Our data revealed they don’t increase the risk to develop breast cancer, so they should not be considered in risk estimates, at least at present.

The risk of developing breast cancer depends partly on genetic inheritance, but determining which genes increase this risk and to what extent remained a challenge. We now have more information that will allow us to improve genetic counselling for patients and their families.

Do these kinds of findings have immediate applicability for patients or do we still have to wait for some time before they will be used?

Yes, of course, this finding can be applied directly to patients; in fact, it has been done for years. Genetic testing for breast cancer susceptibility is widely used but for many genes, the evidence for association with breast cancer was weak and, in some cases, estimates of increased risk were imprecise. This study has allowed us to improve these risk estimates by defining which genes are clearly involved and fine-tuning their associated risk.

Apart from genetic factors, other factors, such as environmental factors, age, hormonal history, etc., also play a role in cancer. What can you tell us about the mathematical models that are being developed to integrate all risk factors and to individualise the clinical care of each patient?

We have to bear in mind that the probability of developing breast cancer is not determined by genes alone. Other factors such as age, hormonal history and environmental factors play a very important role, and these, in turn, can also be modulated by the genes themselves.

For this reason, it has been working over the past few years on the development of mathematical models that allow us to integrate information about each patient’s genes with other non-genetic factors to obtain the most accurate risk estimate possible and thus individualise their clinical care. Implementation of these new tools into breast cancer screening programmes, with a much more personalised approach, will allow earlier detection of breast cancer and thus reduce breast cancer mortality. 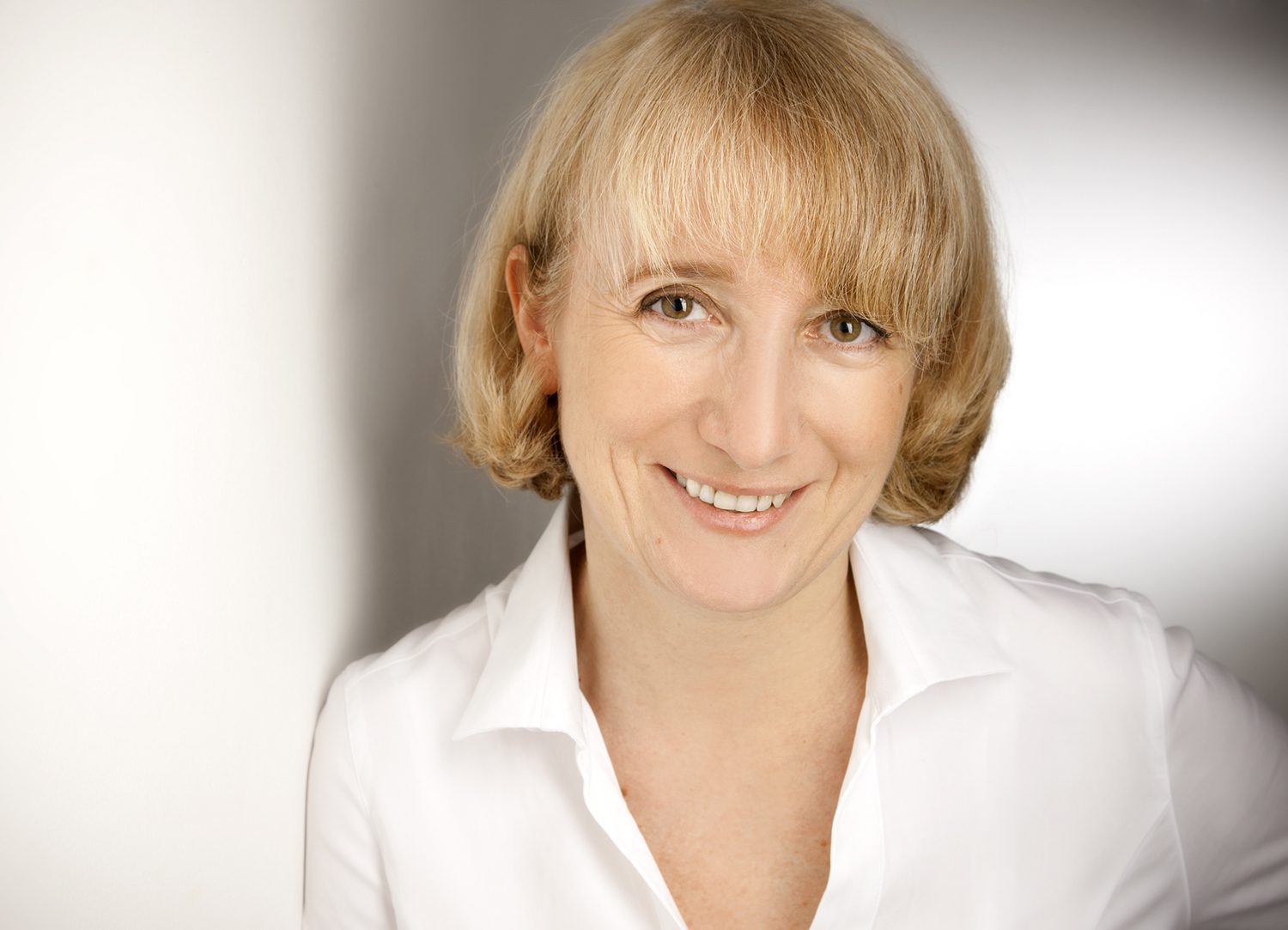 On 5 February, Elena Conti, director of the Max Planck Institute of Biochemistry, visited our Distinguished Seminar series to talk about the degradation of RNA, the molecule that acts as a messenger of the genetic information contained in DNA and participates in the synthesis of proteins, the building blocks of life.

Elena Conti (Italy, 1967) studied chemistry at the University of Pavia (Italy) and received her PhD in biophysics from Imperial College London (UK) in 1996. She was a postdoctoral fellow at Rockefeller University (USA) from 1997 to 1999. Elena then headed the Structural Computational Biology and Gene Expression Units at the prestigious European Molecular Biology Laboratory (EMBL) until 2005. In addition to directing the Max Planck Institute for Biochemistry, she currently heads its Structural Cell Biology Department and is an honorary professor of Chemistry and Pharmacology at the Ludwig Maximilian University of Munich (Germany).

Her research focuses on the regulation of gene expression in eukaryotic cells, trying to discover the mechanism behind the recognition, metabolism and degradation of messenger RNA, of messenger RNA, which is essential for the translation of the genetic information contained in DNA and enables and enables the crucial activities of life to take place.

Her contributions to this field have earned her a number of awards: in 2008, the Gottfried Wilhelm Leibniz Prize, Germany’s most important research award, together with Elisa Izaurralde; in 2014, the Louis-Jeantet Prize for Medicine (Switzerland); and in 2018, the Bijvoet Medal of the Bijvoet Centre for Biomolecular Research at the University of Utrecht (The Netherlands). She is a member of the European Molecular Biology Organisation (EMBO).