I hope you and your families are doing well.

In these uncertain times, I am glad to share good news with you about the CNIO. We have just renewed the accreditation as a Severo Ochoa Centre of Excellence. This is the third time in a row that CNIO has been granted this renowned certification.

The Severo Ochoa Centre of Excellence Accreditation is awarded by the Government of Spain to reward and promote outstanding scientific research in Spain. It makes stable and flexible funding available to research centres for five years, so that they can put their strategic plans into action. This ambitious initiative enables Spanish research centres to showcase their capacity and compete with the best centres in the world. In the case of the CNIO, we will be able to strengthen computational biology of cancer in the Centre.

The pandemic we are going through reminds us of the importance of biomedical research for social wellbeing; from basic research, whose aim is to understand how and why diseases develop, to patient-oriented research. We do both types at CNIO, where we do ground-breaking work and translate it into novel strategies, arousing the interest (and the will to cooperate) of international pharmaceutical companies.

We will continue to honour this excellence accreditation, which we have been granted since 2012, working tirelessly in the interest of cancer patients. I would like to congratulate all our researchers, whose constant efforts and genuine commitment have been fundamental to receiving the accreditation. 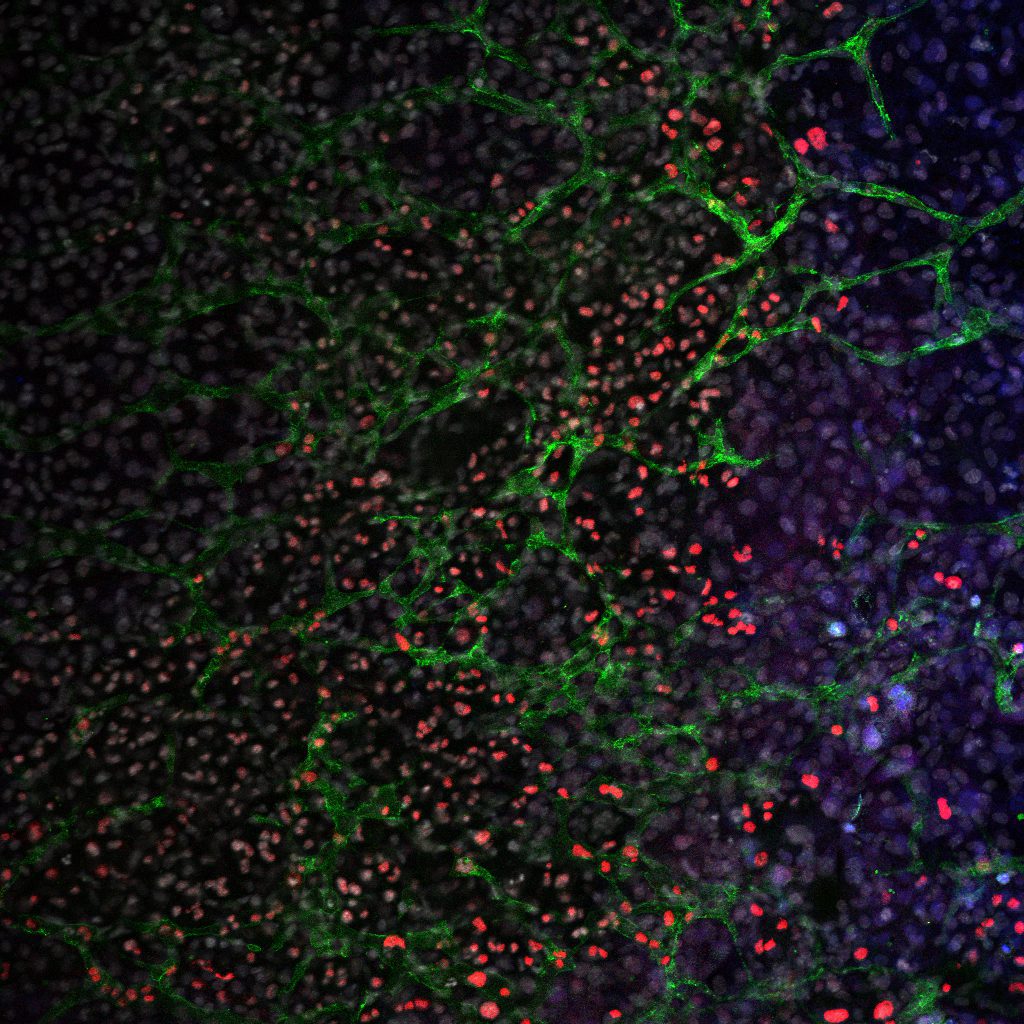 A team from the Cell Division and Cancer Group, led by Marcos Malumbres, developed a quick, simple technology to enhance the potential of stem cells to differentiate into a variety of adult cell types. Although stem cells play a relevant role in regenerative medicine, one of the limitations in the application of this cell therapy is the quality of the cells generated in the laboratory. However, with the protocol designed at CNIO, the quality of this type of cell can be improved so that they can be used in regenerative medicine to treat muscle and nervous system disorders. 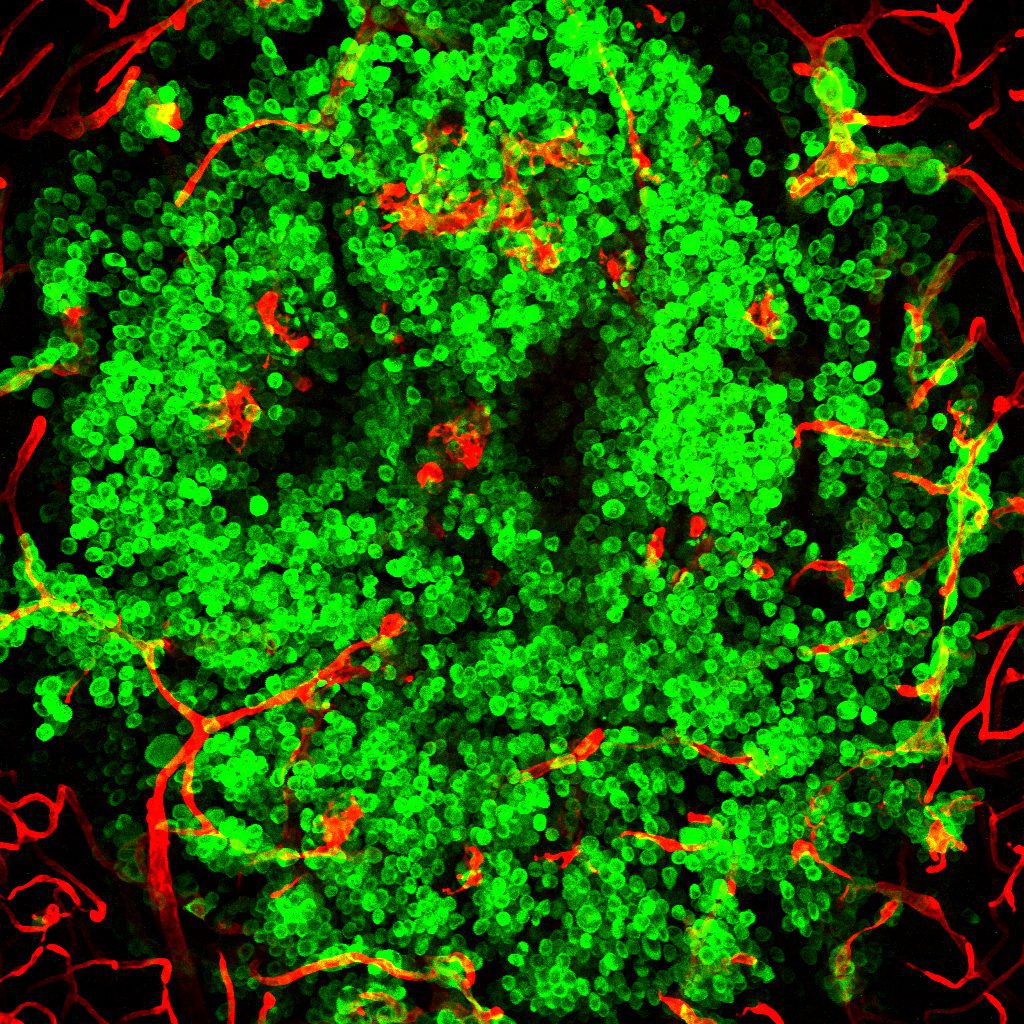 Brain metastases, which occur when cancer cells spread from their original site in other organs to the brain, are one of the biggest challenges in cancer research. Recently, Manuel Valiente, Head of CNIO’s Brain Metastasis Group, coordinated BrMPanel, the first cell line repository for brain metastasis, to “make everything we know available to other groups in order to avoid duplication of work that has already been done.”

We hope the database we compiled will be useful for studying brain metastasis, helping more researchers delve deep into the knowledge of this strategic area in cancer research.

An international team led by Massimo Squatrito, from the Seve Ballesteros Foundation Brain Tumour Group, discovered the molecular causes of the chemoresistance acquired by some gliomas. This finding is relevant for updating the methods used to monitor the efficacy of the chemotherapy agent temozolomide.

In addition, the finding could be useful for early resistance detection. A liquid biopsy, that is, a simple test using blood samples, could be used to determine when the patients are developing resistance to temozolomide.

Find an interview with Massimo Squatrito below in this newsletter. 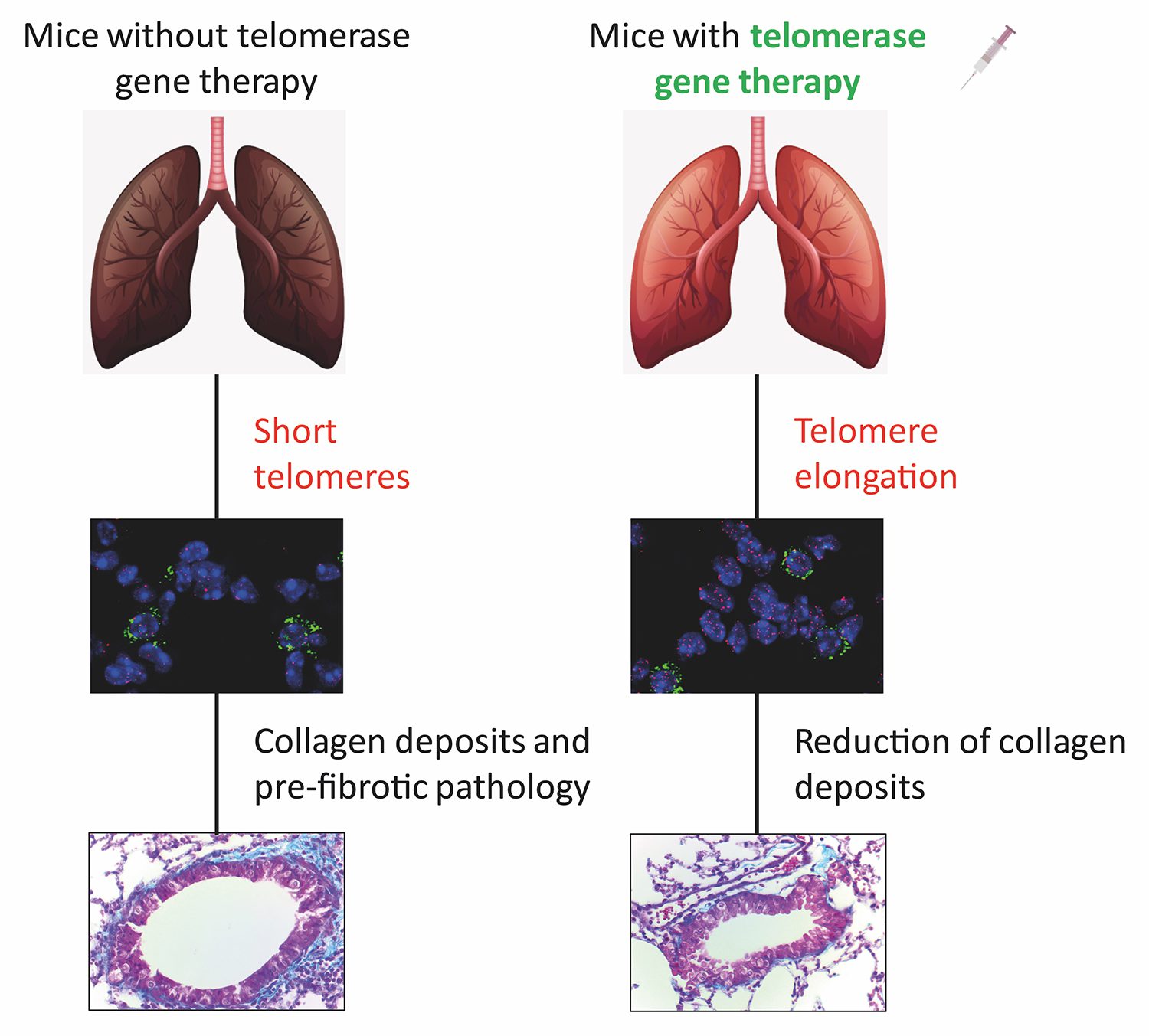 Researchers from the Telomeres and Telomerase Group, led by Maria Blasco, have made a major advance toward a future gene therapy to reverse pulmonary fibrosis associated with ageing. “Our results indicate that it may be possible to devise a treatment to prevent the development of pulmonary fibrosis associated with ageing in any patient,” says Blasco, principal investigator of the study. 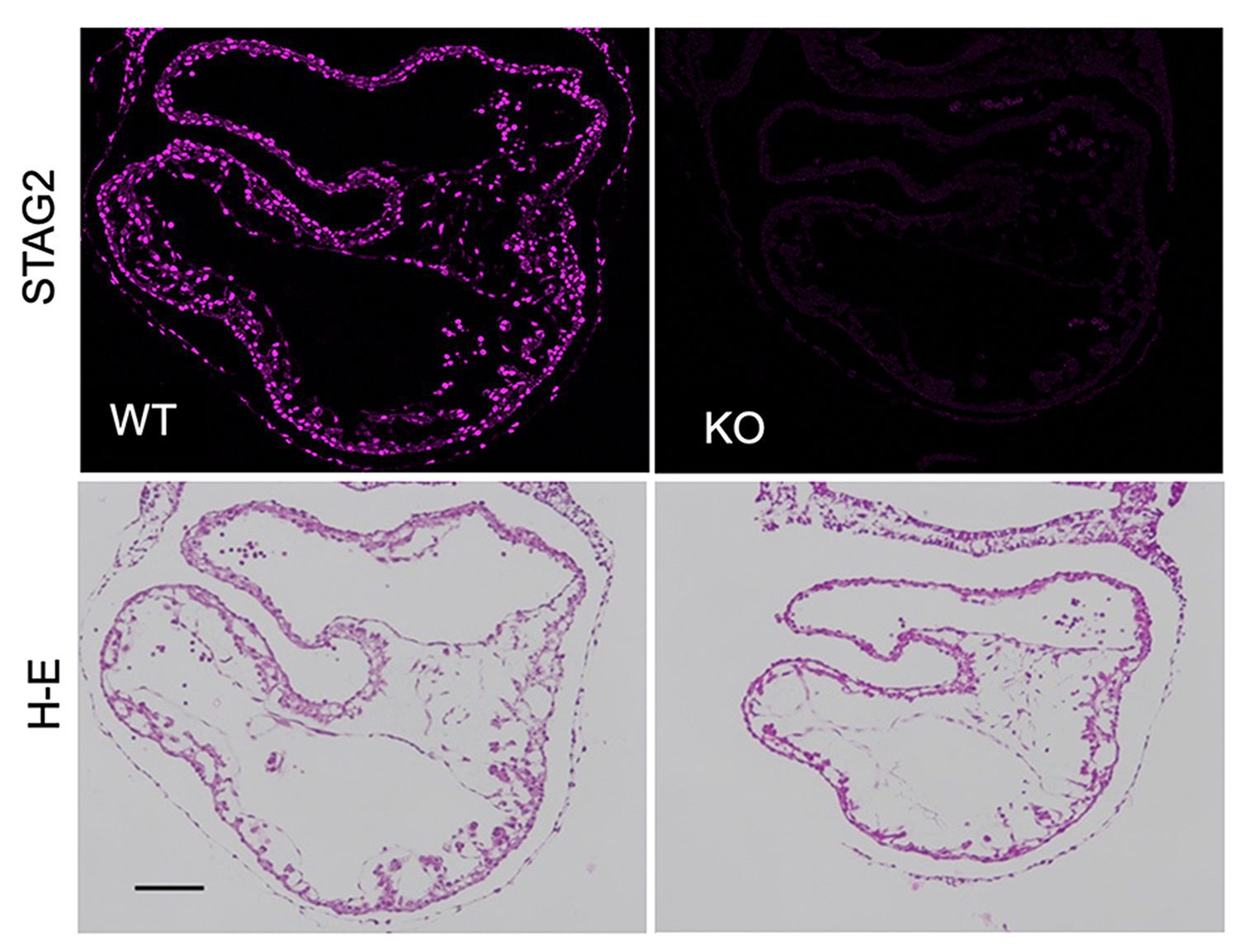 New findings on a wide range of diseases are being made every day. CNIO and CNIC have just taken a step further, identifying why the protein that “embraces” chromosomes has a role in cancer and cardiac development.

In 1998, Ana Losada, who is currently the Head of the Chromosome Dynamics Group at the CNIO, identified cohesin in vertebrates, a protein that is essential to cell division. Now we know that cohesin plays a role in several types of cancer, and a large number of researchers worldwide have become greatly interested in this protein complex. Losada, along with Paco Real from CNIO and Miguel Manzanares from CNIC (currently at CBMSO), provided new evidence demonstrating that malfunction of the cohesin complex is associated with this disease. 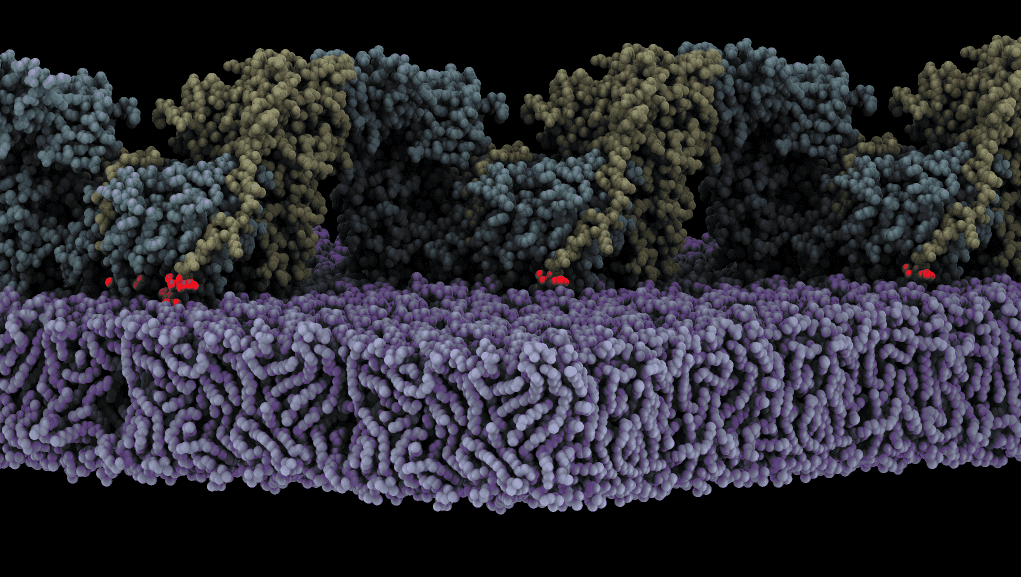 A research team headed by Daniel Lietha has just published a detailed description of the focal adhesion kinase (FAK) activation mechanism in lipid membranes. The mechanism is key to cancer cell invasion mediated by FAK. Lietha conducted the first part of the study at CNIO and finished it at the Margarita Salas Centre for Biological Research (CIB-CSIC), where he is working at present. 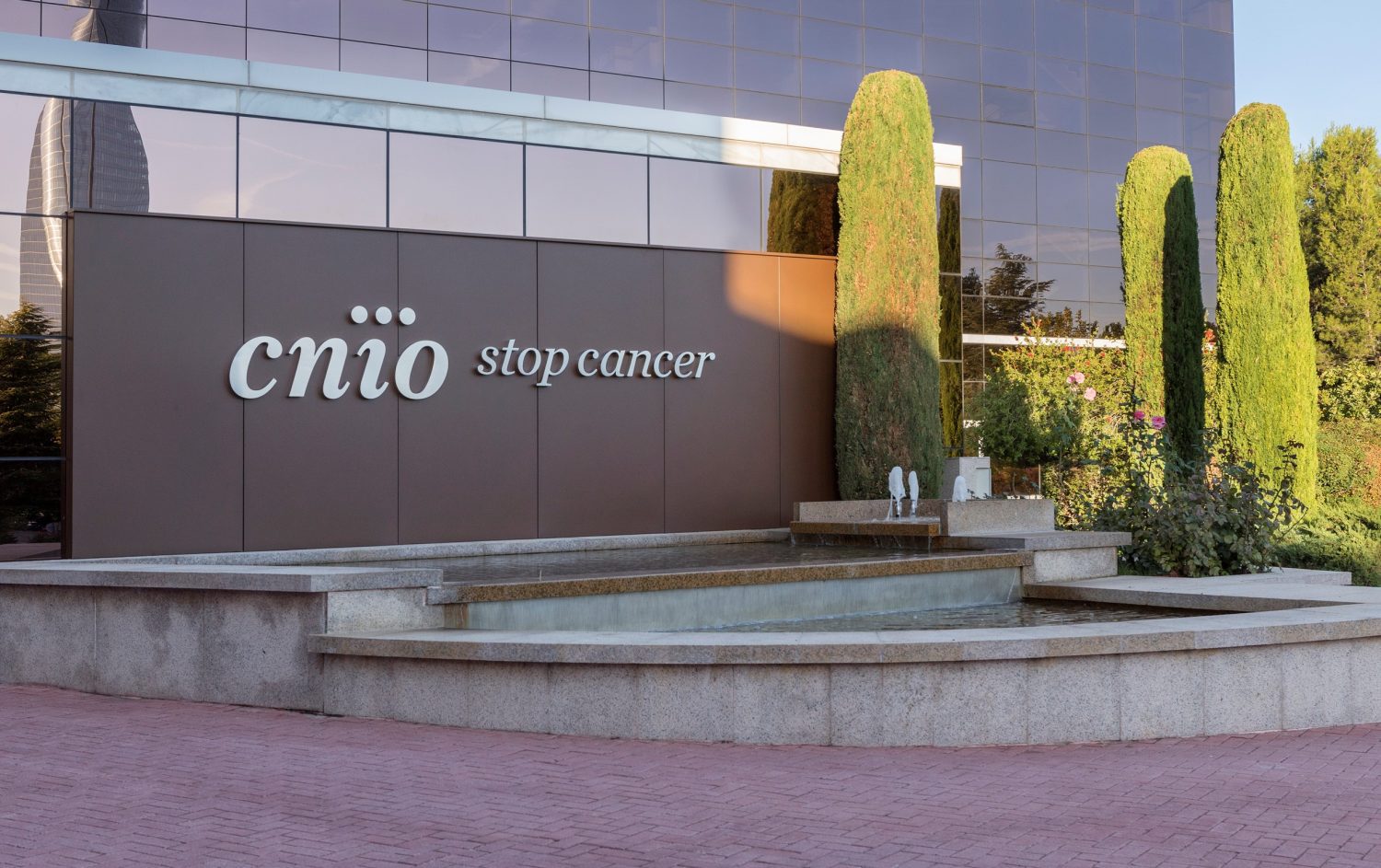 CNIO has had its accreditation renewed as a Severo Ochoa Centre of Excellence for the third time in a row. This achievement is the result of the efforts made by all our researchers. It is also proof of the major contribution CNIO makes to the understanding of the molecular basis of cancer and the opening of new roads towards cancer prevention, diagnosis and therapy. 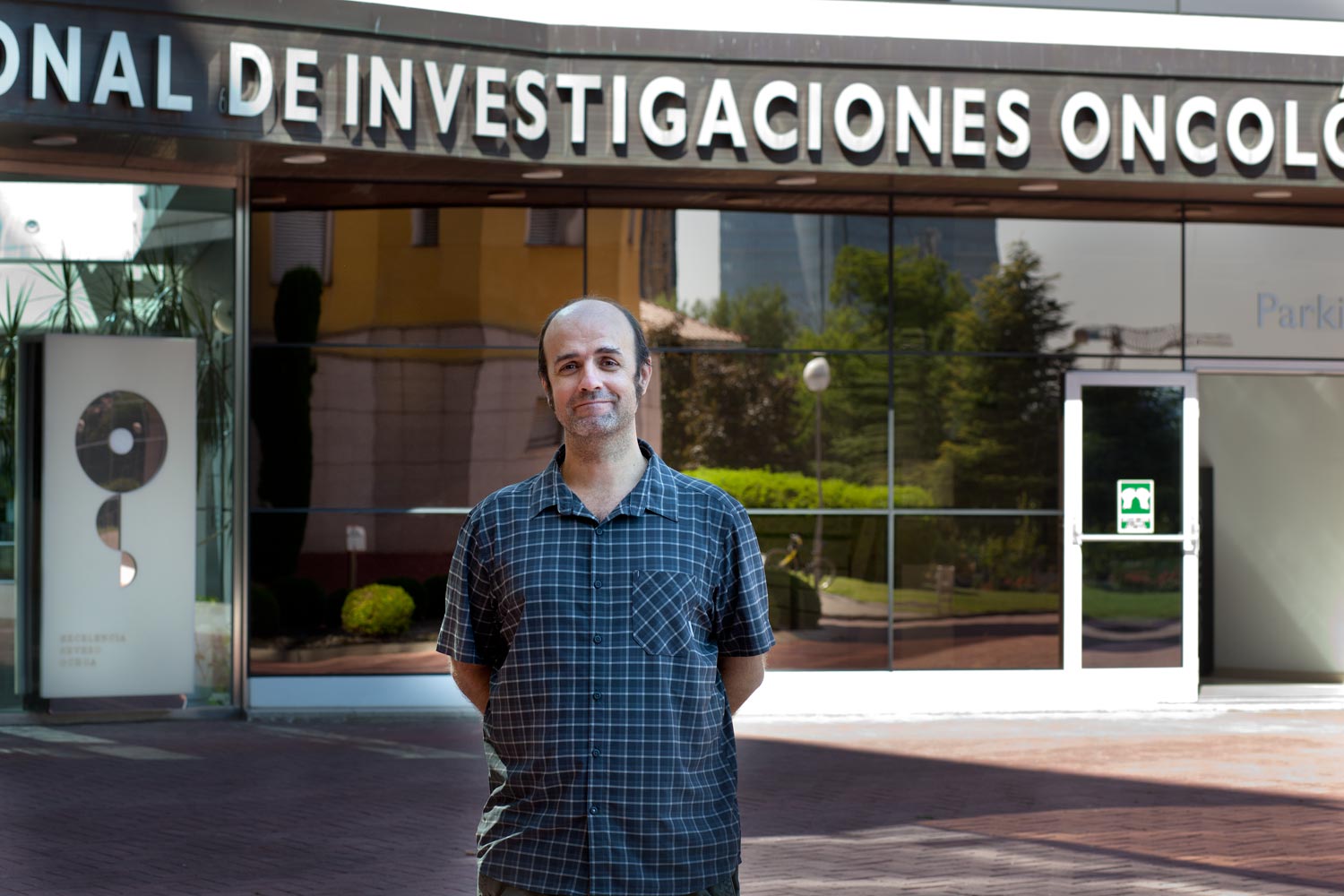 More good news: the Genomic Instability Group, headed by Óscar Fernández-Capetillo, has received a European Research Council Proof of Concept Grant to fund his study of SETD8 inhibitors for a period of 18 months. The grant will enable the group to work toward making progress in the development of drugs that could be used to treat some childhood cancers associated with poor prognosis.

“We will try and improve the properties of the inhibitors and study their anti-tumour potential in mouse models,” Fernández-Capetillo explains. “Moreover, we will try to identify the specific mutations that provide sensitivity to the treatment, an important part of the drug development process, necessary to identify which patients can benefit from this type of treatment,” he adds. 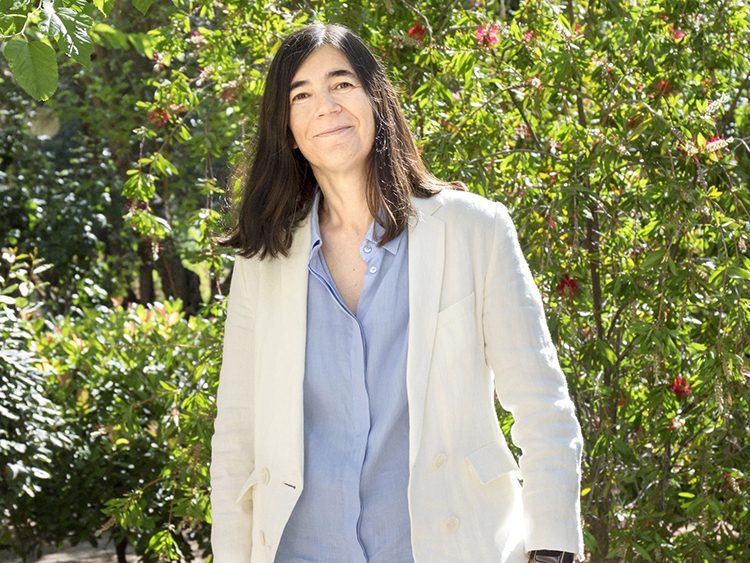 Maria Blasco has just been named a patron of the Museo del Prado. “It is wrong to think that science is not part of humanities,” Blanco says in this Servimedia interview.

“I’ve always loved and admired the Museo del Prado. I think it’s one of the most inspiring museums in the world, with a strong character of its own, and one of the institutions that has earned our country international renown,” Blasco says. “A visit to the Museo del Prado is a must with friends and colleagues from all over the world. I’ve been a Friend of the Museum for many years. Both scientists and artists are inquisitive people, curious about the world, ready to go into the unknown,” she adds.

Massimo Squatrito: "In the future, we could detect which glioblastoma patients are developing resistance to therapy with a blood test" 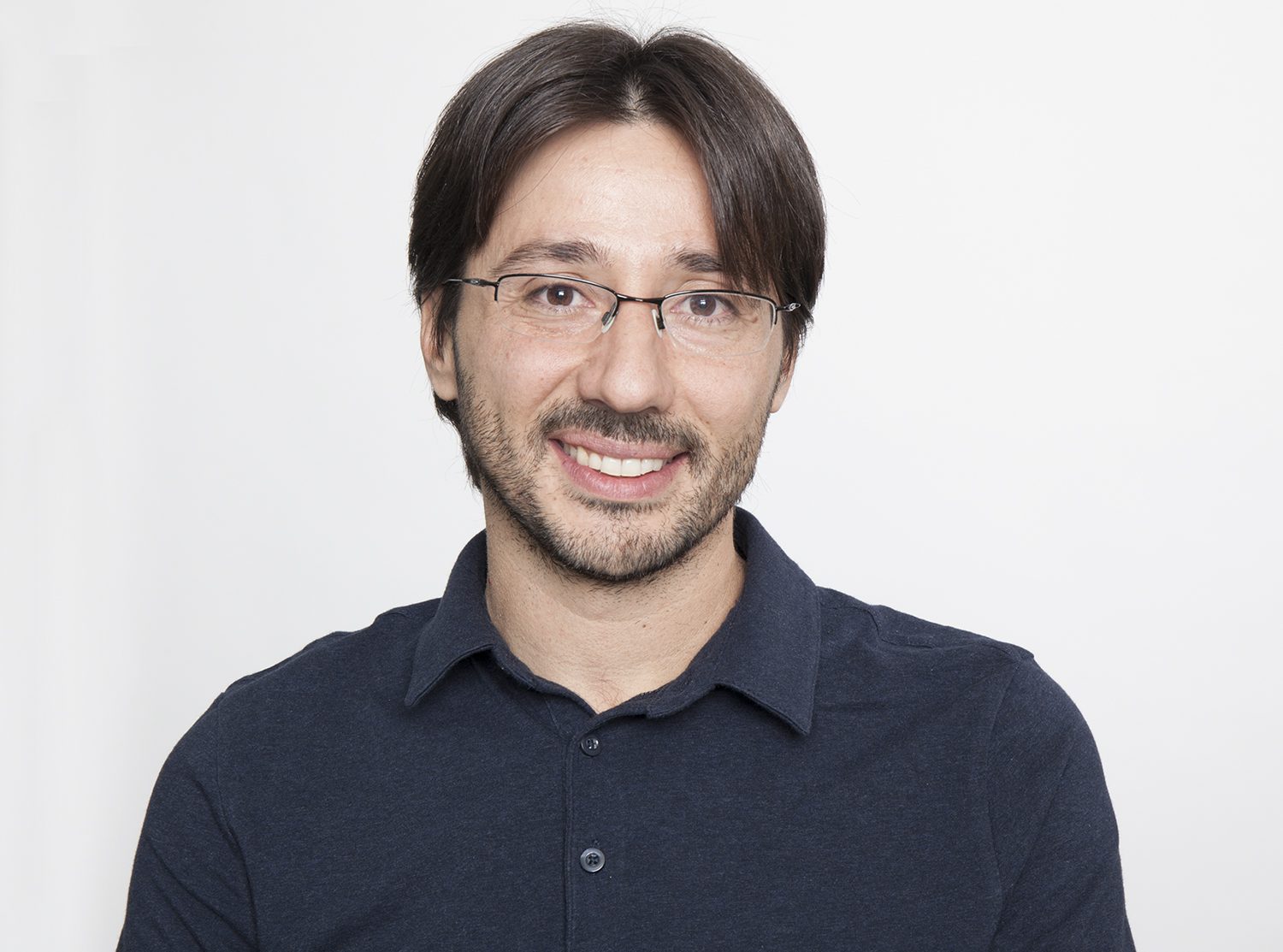 We interview Massimo Squatrito, Head of the Seve Ballesteros Foundation Brain Tumour Group at the CNIO, about their last findings in glioblastomas, the most frequent and aggressive form of gliomas – primary brain tumours.

How do the current, approved treatments for glioblastomas benefit patient survival?

The treatment modalities for malignant gliomas patients include surgery, radiotherapy and chemotherapy. Surgery is typically the first step in treating most brain tumours. It’s often the ideal treatment when a tumour can be removed with minimal risk of neurological damage. Radiotherapy and chemotherapy are then used to kill or slow down the proliferation of the remaining tumour cells.

Nearly 15 years ago, the drug temozolomide was introduced into the clinic as the primary chemotherapeutic approach for malignant gliomas and is currently the only anticancer drug that has been shown in clinical trials to improve survival in glioblastoma by 30%, when administered with radiotherapy.

Some patients develop resistance to this treatment. Could you please tell us about your findings on the molecular bases of this resistance?

Unfortunately, not all the glioblastoma patients benefit from the temozolomide treatment to the same extent. It has been shown that the patient population that has the lowest expression of a protein called MGMT, shows an improved response to this drug. On the contrary, patient with high levels of MGMT are much less responsive to the treatment. MGMT is a key molecule that is used by the cells to repair the damage induced by temozolomide.

In our study we have observed that a subset of patients that initially responded to temozolomide, acquired resistance to the drug during the treatment by stimulating MGMT expression. Such activation of MGMT was achieved by placing its gene under the control of other genetic elements, a process that is known as “gene translocation” or “gene fusions”. We have been able to recreate in our laboratory some of these fusions and we have shown that they are indeed able to induce resistance to temozolomide both in cells and animal models.

How will these findings benefit patients?

An interesting achievement in our study was the detection of the MGMT gene fusions in the blood of the animal models that developed this resistance. If this data is confirmed in glioblastoma patients, in the future it might be possible to identify the patients that will develop resistance to temozolomide treatment by analyzing the presence of the MGMT gene fusion in their blood. The early detection of the gene fusions could tell us when patients are developing resistance to temozolomide, and they could be advised to switch to other therapeutic options, when they become available.