Cancer research progresses very quickly and at CNIO we always have to be at the forefront. This is possible thanks to having sufficient financial support to be able to hire new research groups and bring talent to our centre. Among the most important is the support of the CNIO Friends!

This year we incorporated four new research groups. One of them is led by researcher Felipe Cortés, who has been distinguished with a prestigious ERC (European Research Council) Consolidator Grant. The Topology and DNA Breaks Group led by Cortés will study the role of DNA damage at the origin of cancer. More specifically, the group will study enzymes that, when not working properly, may give rise to cancer. Last September, the group led by Eva González Suárez, who is also the recipient of one of the prestigious ERC grants, joined the Centre as well. At CNIO, she leads the Transformation and Metastasis Group, whose objective will be to identify new therapies for the treatment of breast cancer and other solid tumours.

Also in September, Solip Park joined CNIO. Park heads the new Computational Cancer Genomics Group that wants to discover why cancer-related genes do not behave the same way in different patients and different types of tumours. Her strategy is to use high-capacity computing to advance the fight against cancer. Finally, Eva Ortega-Paíno leads the CNIO Biobank since September. Her goal is to make it a benchmark in cancer research.

We wish them all good luck and hope they will help us with the never-ending task of cancer research. 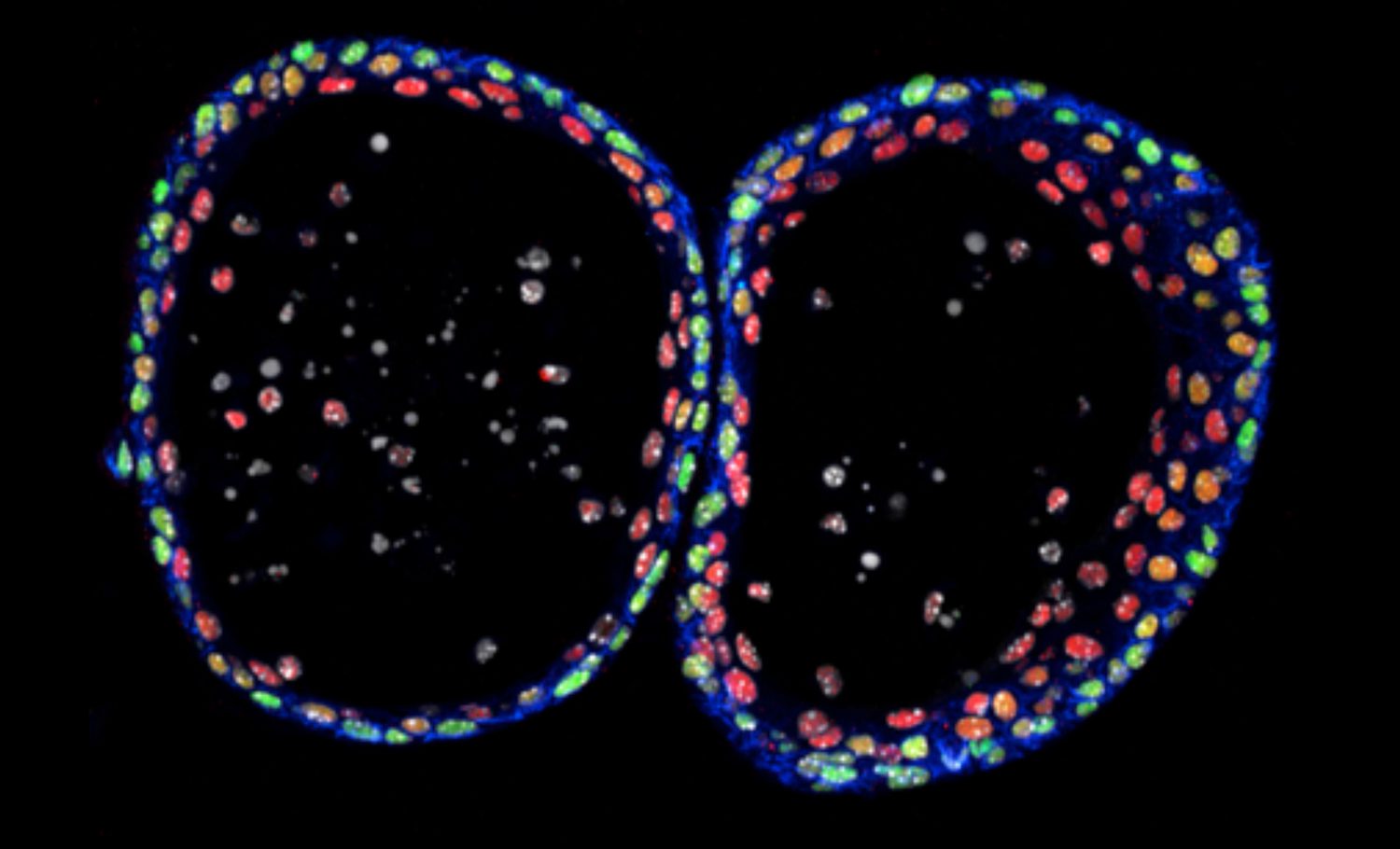 The Epithelial Carcinogenesis Group, led by Paco Real at CNIO, has been able to cultivate stable populations of urothelial cells, responsible for 90% of bladder tumours; this achievement had not been possible to date, which made it difficult to investigate this type of cancer. In addition to its importance for studying this and other diseases of the urinary system such as cystitis, the technique they used to expand the cell population can also be important for tissue regeneration after surgery. 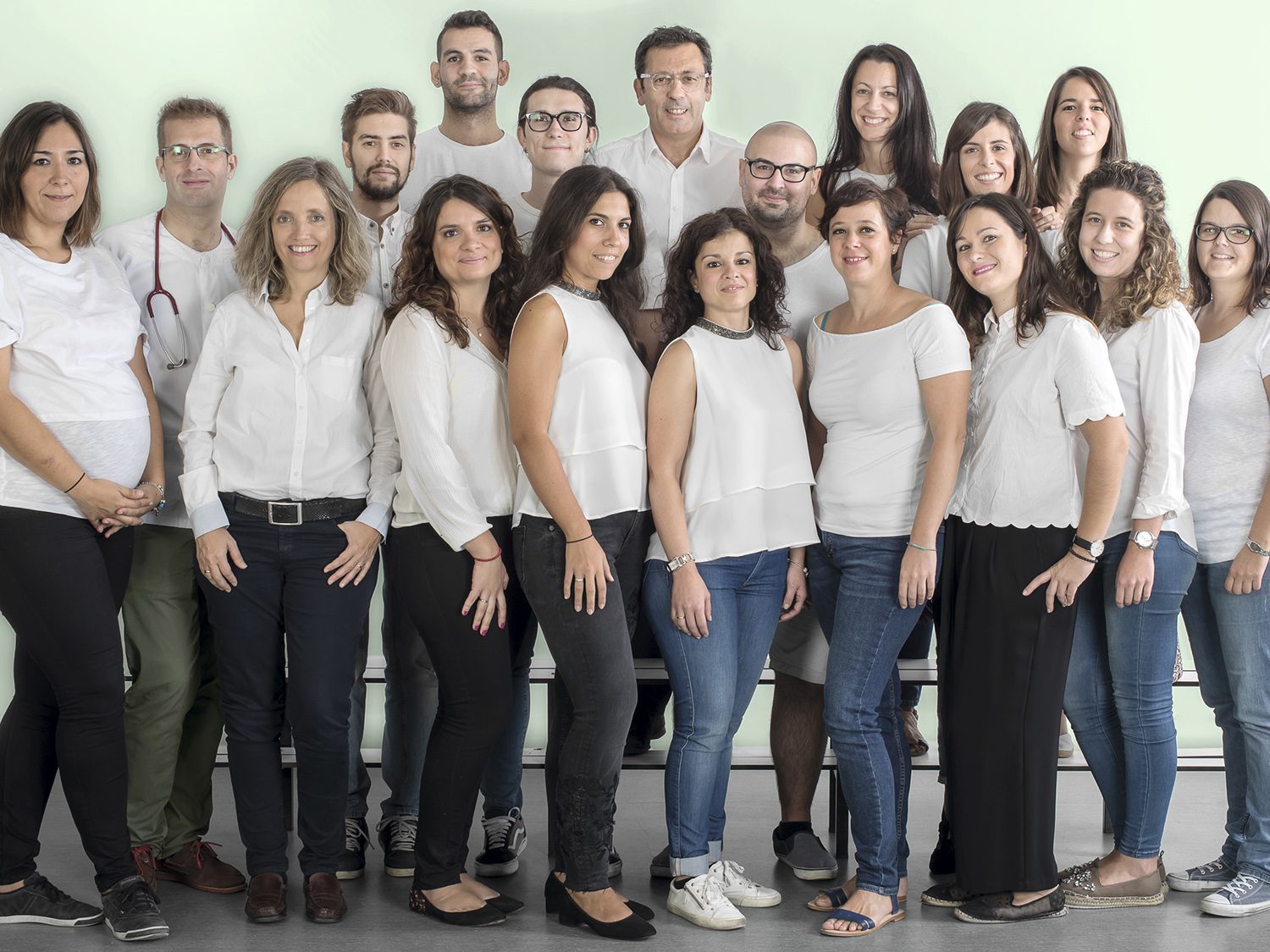 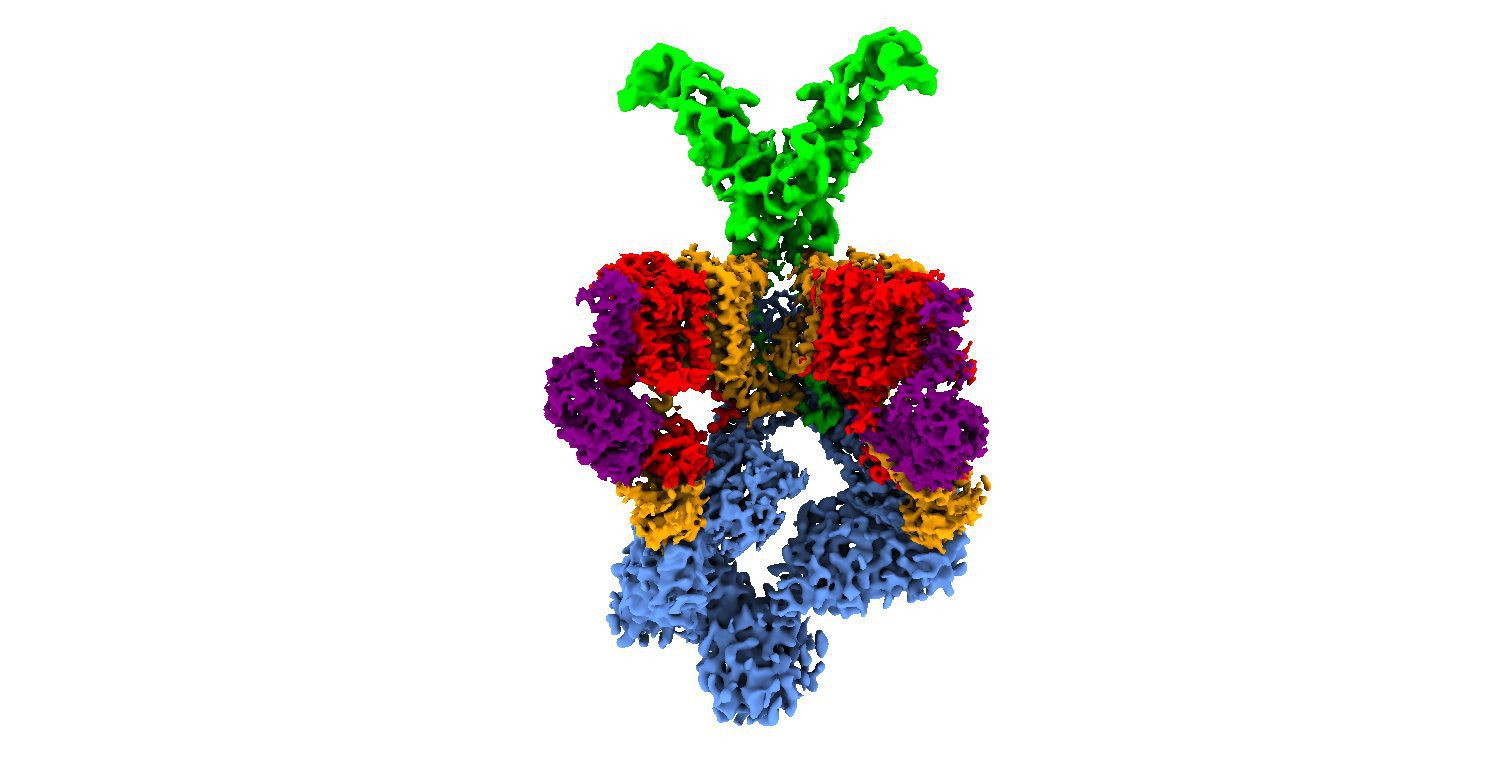 The CNIO’s Macromolecular Complexes in DNA Damage Response Group, led by Óscar Llorca, solved the 3D structure of the nanomachine that makes tuberculosis virulent. This study, carried out in collaboration with the University of Würzburg (Germany), opens the door to designing new treatments of this and other bacterial diseases. 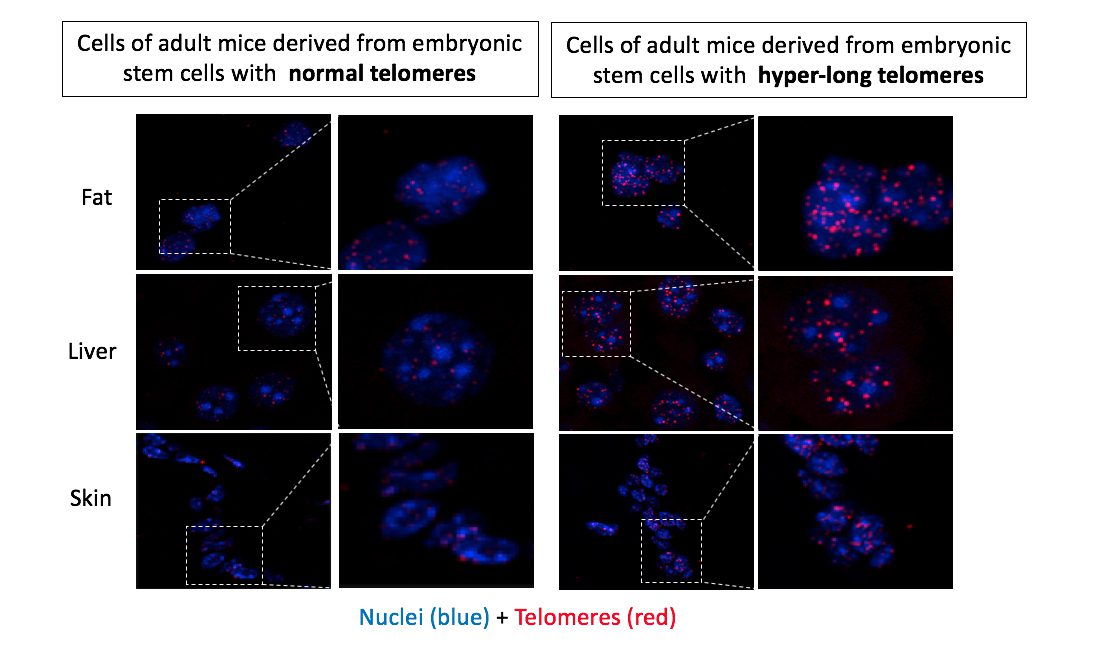 The Telomeres and Telomerase Group obtained the first mice born with hyper-long telomeres in 100% of their cells. These mice live on average 13% longer and in better health, free from cancer and obesity. The study shows that life can be extended without genetic modification and that not only genes determine species longevity. 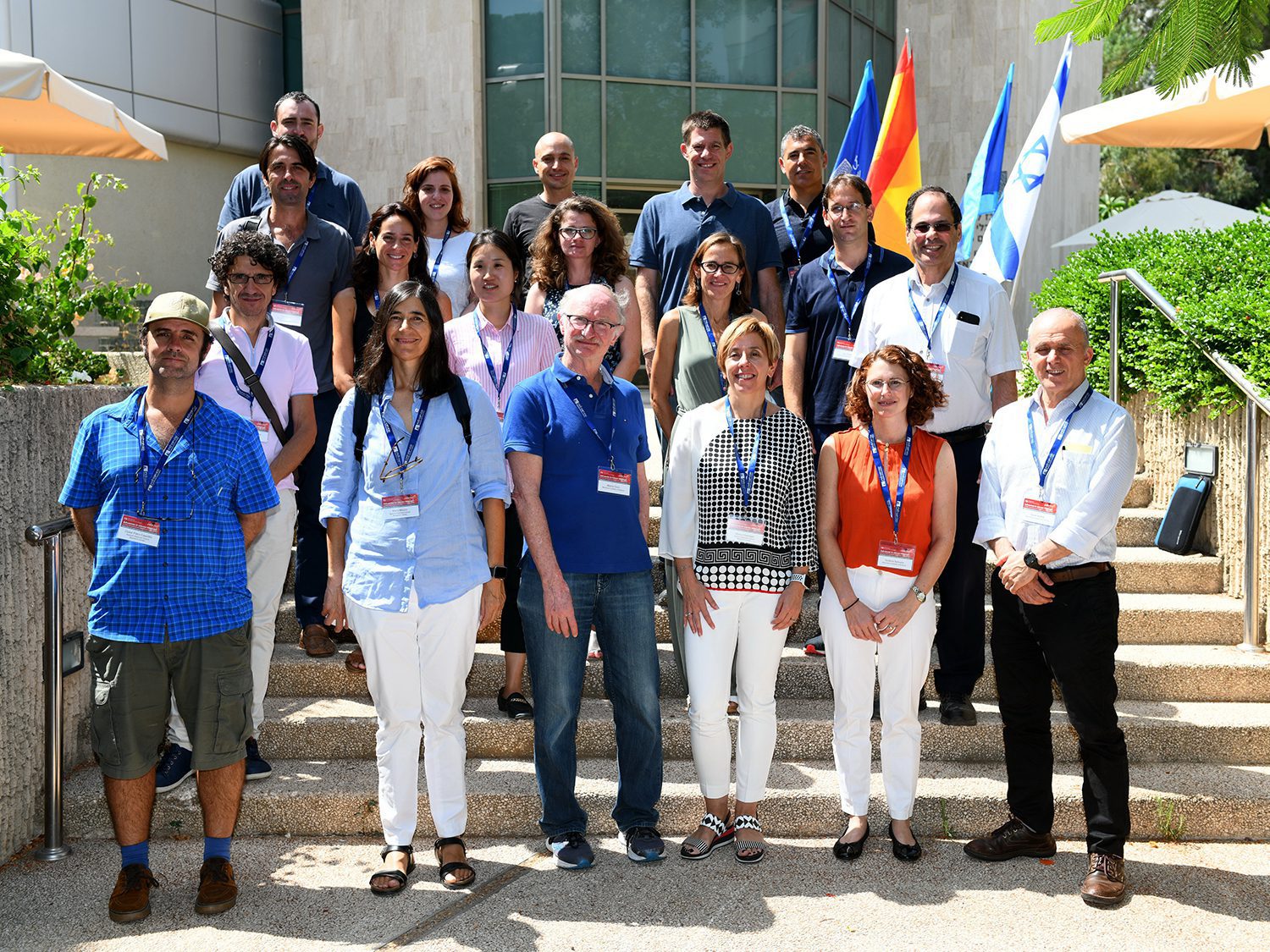 Science has no borders, and thus we met in September with researchers from the Weizmann Institute of Science in Israel to address new treatments in cancer research. During the meeting, new combination therapies and targets were presented to improve the diagnosis and treatment of ovarian and breast tumours, as well as the latest advances in a collaborative study on the metastasis of the most aggressive type of skin cancer. 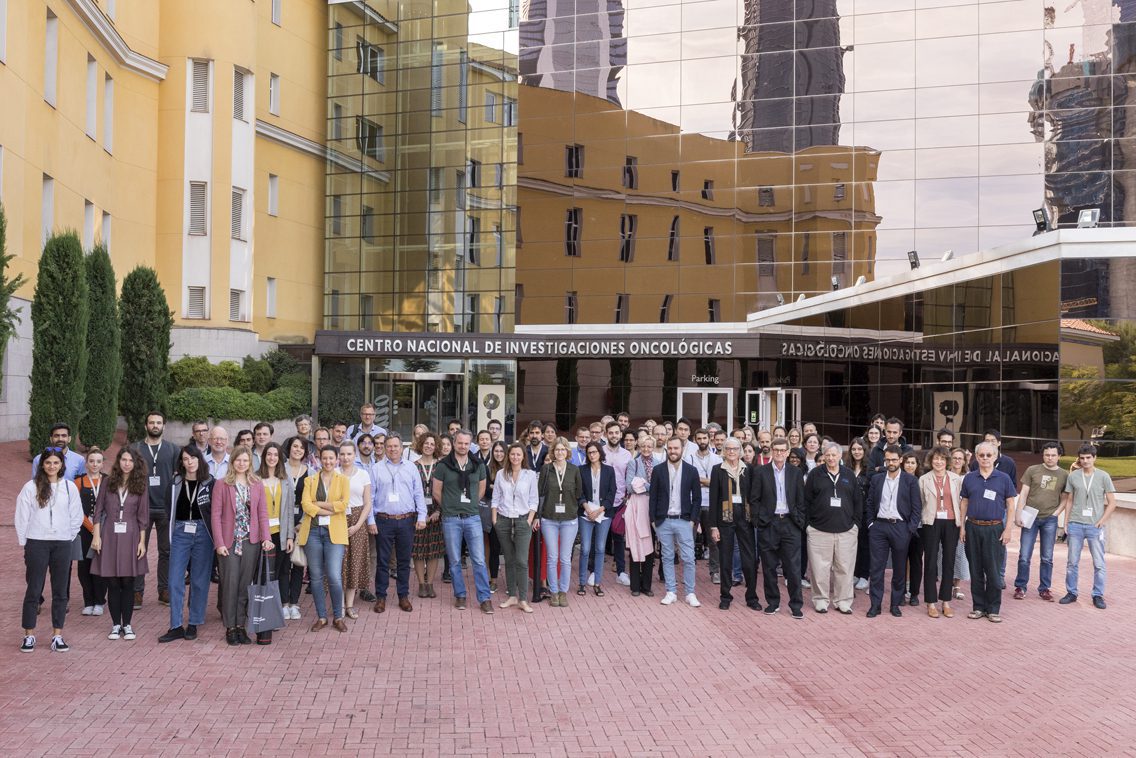 Not only oncologists work in cancer research: also mathematicians, computer experts, and even particle physicists are putting in their two cents to expand the strategies with which the disease is tackled. A few weeks ago, experts from around the world met at CNIO during the last international CNIO-“la Caixa” Frontiers Meeting, to discuss how big data (large volumes of data) can improve the effects of immunotherapy and prevent phenomena such as metastasis and resistance to therapies. 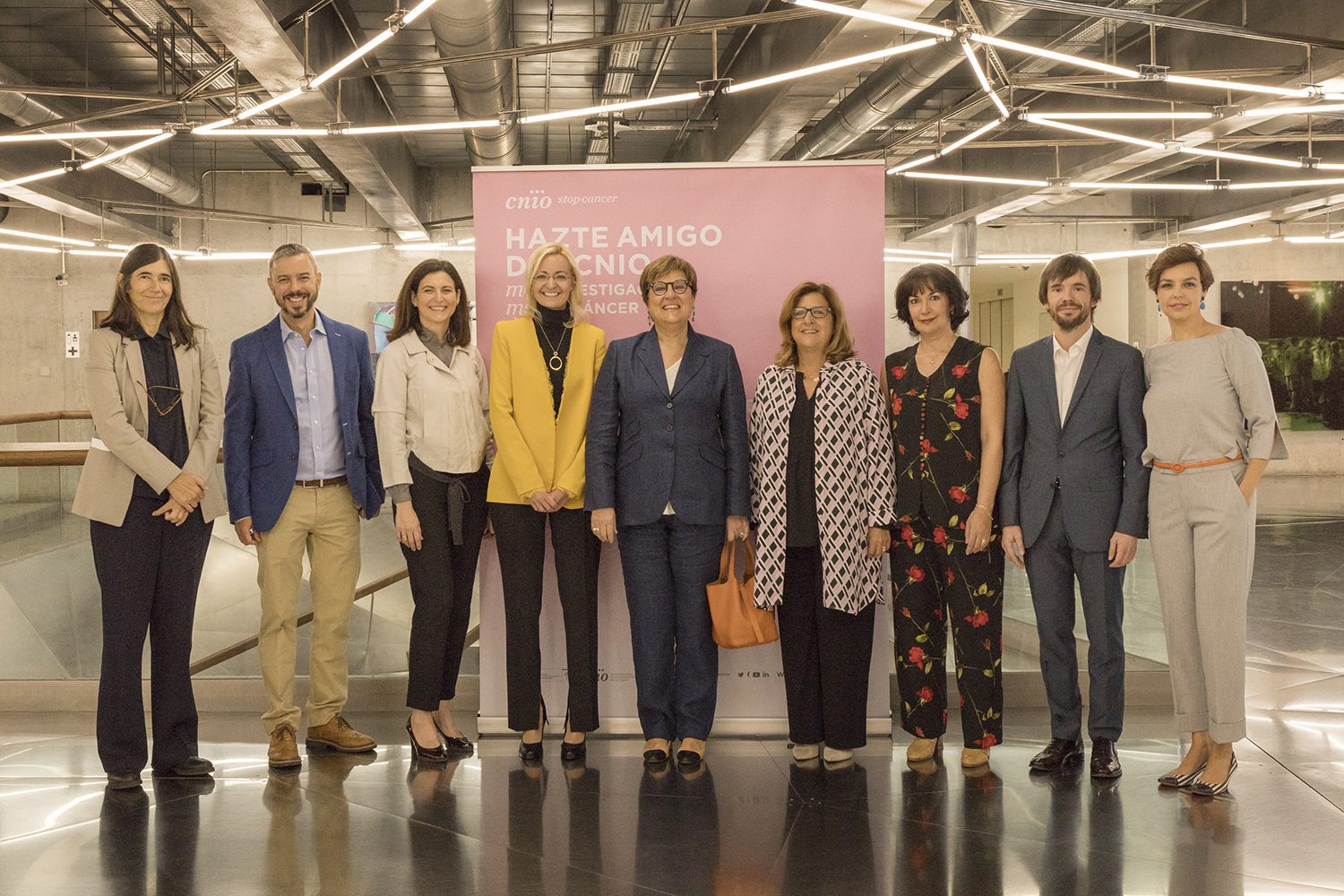 On September 24, we celebrated World Cancer Research Day by meeting at CaixaForum Madrid to talk about how it is increasingly important for cancer researchers to collaborate with physicists, mathematicians, and even engineers to better address the problems of cancer, which arise from the fact that each tumour has a different evolutionary history: Why do some patients respond well to therapies whereas others do not? How do tumours evolve? What is the role of the immune system in this evolution?

Raúl Rabadán, from the University of Columbia (USA), Maria Blasco, CNIO Director, Manuel Valiente, researcher at the Centre, and Yolanda Fernández, oncologist at the Central University Hospital of Asturias, participated in the event. CNIO Friends were also there, with the participation of Mila Garcia Calvo, one of our donors, and several Friends who shared the day with us as part of the public. 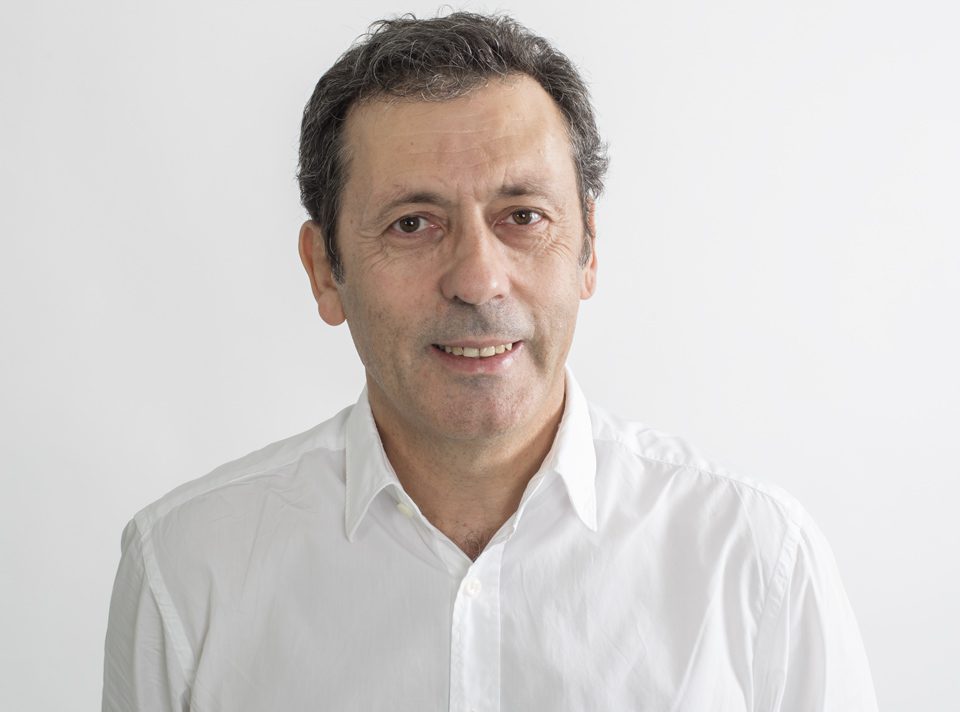 The H12O-CNIO Lung Cancer Clinical Research Unit has shown that a new combination of chemotherapy and immunotherapy increases survival in extensive-stage small-cell lung cancer. Luis Paz-Ares, Head of the Unit, explains what the clinical trial consisted of and what its results were.

What are the treatment options and prognosis of patients with small-cell lung cancer?
This is a very aggressive subtype that occurs in 15-20% of lung cancer patients and is associated with the consumption of tobacco. This tumour grows very rapidly and it initially responds to chemotherapy (for example, a combination of a platinum analogue and etoposide), which is the basis of its treatment. Unfortunately, the initial response is usually transient (between 4 and 6 months), and the response to subsequent therapies is poor. The median overall survival in cases of extensive-stage disease is in the range of 10-12 months, and the 5-year survival rate is very low.

What did you want to study with the CASPIAN clinical trial and what results have you obtained?
The trial aimed to evaluate how patients would evolve if we added an immunotherapy strategy, such as durvalumab, to the usual chemotherapy treatment. The first analysis of the results of the trial, conducted by an Independent Monitoring Committee, has shown that patients who received chemotherapy in combination with durvalumab have a significantly higher survival rate, corresponding to a 27% decrease in the risk of death. Other performance indicators (such as patient quality of life, response rate and duration, and progression-free time) were also more favourable in this case. Moreover, there were no relevant unexpected adverse effects.

Are these results already being applied or could they be applied to patients in the near future?
Since the data is so recent, its application in clinical practice is not yet possible. For this, the regulatory agencies (FDA in the United States and EMA in Europe) must evaluate and approve it, and subsequently reach a financing agreement with public health systems and private insurers. Even so, based on the clinically relevant results observed, and taking into account the clinical need in this context, I believe that in the near future patients with small-cell lung cancer will be treated routinely with chemotherapy plus an immunotherapy drug such as durvalumab or atezolizumab. This latter drug has shown results comparable to those of durvalumab in a clinical trial using a similar design to ours. 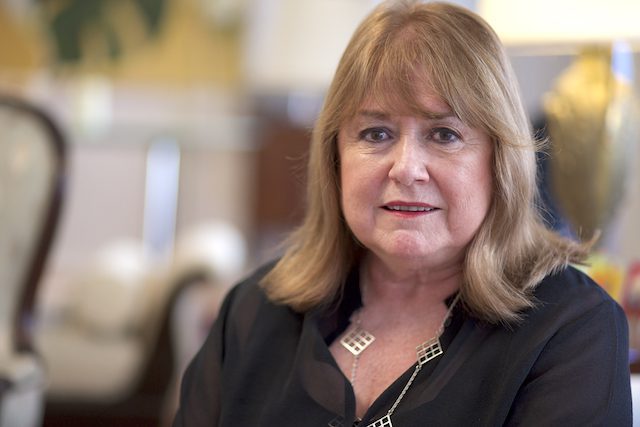 We have started the new series of seminars of the Women in Science (WISE) Office with a very special guest, Susana Malcorra, who has been Deputy Executive Director of the United Nations (UN) World Food Programme, Chief of Staff to the UN Secretary-General Ban Ki-moon, Minister of Foreign Affairs and Worship of the Republic of Argentina, and Minister-Counsellor to the President of that country, among others.

Susana Malcorra is one of the world’s leading experts in international relations, global women’s empowerment, development, conflict management, and humanitarian issues. In her career, the coordination of missions to eliminate chemical weapons in Syria and to respond to the Ebola crisis in West Africa stands out.

In her inspiring talk at CNIO, Malcorra offered some keys to leadership in times of change. Passion, resilience, empathy, tenacity, and creativity are some of the skills that she proposed to be helpful for leading teams in troubled times.

15.10.2019
Susana Malcorra
Former Minister of Foreign Affairs of the Argentine Government and former Chef de Cabinet of the Secretary-General in United Nations
'Leadership in times of change' [video]