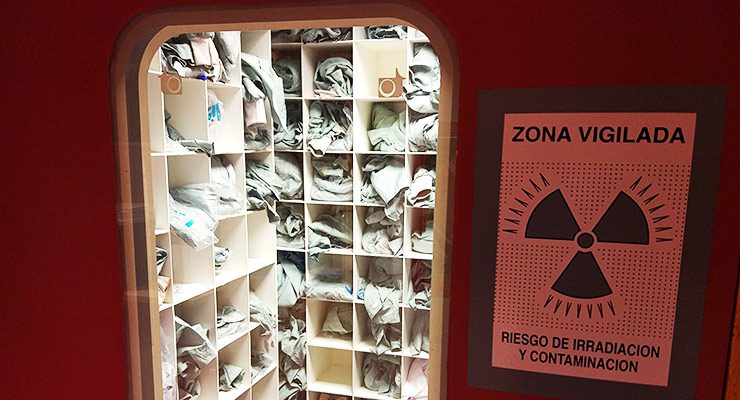 In 2016, the laboratories of the Spanish National Cancer Research Centre (CNIO) generated a great amount of knowledge. The scientific productivity, with a high percentage of papers published in high impact journals, remains high quality. This is reflected in rankings, such as Nature Index or Mapping Scientific Excellence, which placed the CNIO among the top 10 cancer research centres in the world. It is impossible to outline all the studies conducted by our researchers so, therefore, we have compiled the most significant ones.

THE MILESTONE OF ‘IN VIVO’ CELL REPROGRAMMING
In 2013, Manuel Serrano and the Tumour Suppression Group made public what was considered by Nature Medicine among others as one of the scientific milestones of the year. They had managed to reprogramme the cells of a living mouse, i.e. to return them to an embryonic-like state. Until then, this had only been achieved ‘in vitro’. At the end of November this year, this same group achieved a new breakthrough in this field, discovering that ‘in vivo’ reprogramming, senescence and tissue damage are processes that go hand in hand. Their findings imply a change in the idea that we have of the reprogramming process in adult organisms.

BIOCOMPUTING UNVEILS THE SECRETS OF THE EPIGENOME
The goal of the BLUEPRINT project was to generate at least 100 reference epigenomes of different types of haematopoietic cells from healthy individuals and their malignant counterparts. At its completion, all the results of the project were made public simultaneously together with those of the International Human Epigenome Consortium (IHEC), to which the BLUEPRINT project belongs.

Some studies conducted by the Structural Computational Biology Group, led by Alfonso Valencia, within the framework of the IHEC and BLUEPRINT had already been made public earlier this year. In January, the journal Cell Reports published the discovery of the first epigenetic communication network, decoded thanks to the Internet network theory. In August, the use of the network theory – in particular of one of its properties: assortativity – helped to unravel the 3D configuration of the genome. 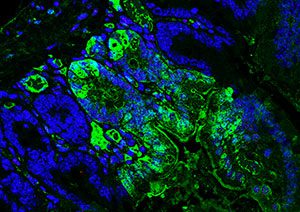 In 2016 we held a very special anniversary: Maria A. Blasco has been studying telomeres for 20 years. In December the CNIO held an event that was attended by several researchers who have worked at the Centre’s laboratories over the years and who have collaborated with the current Director of the CNIO and head of the Telomeres and Telomerase Group in this field. In addition, throughout the year, the group led by Blasco has reported the presence in human cells of a type of RNA known as TERRA that protect the telomeres.

These structures, located at the ends of chromosomes, are related to ageing, as evidenced by the fact that increasing their length increases the life expectancy of the mice by up to 40%. In a paper published this year, Blasco’s team showed that it is possible to increase the length of telomeres avoiding genetic manipulation and, therefore, avoiding associated risks.

TARGET: MELANOMA
The CNIO Melanoma Group, headed by Marisol Soengas, is working on unravelling the secrets of one of the most aggressive carcinomas to improve patients’ prognosis. Throughout 2016, they have published several papers, including the discovery of a gene linked to autophagy (ATG5) whose partial loss increases the aggressiveness of this carcinoma and its resistance to drugs. Furthermore, this group has identified a protein that is a main driver of the “intrinsic signature” that separates melanomas from other pathologies.

THE INS AND OUTS OF DNA
The laboratory directed by Oscar Fernández-Capetillo is focusing its research on replicative stress, a type of DNA damage that occurs every time that a cell copies its genetic material. DNA damage is the source of pro-cancerous mutations, hence its interest.

Throughout the year, the Genomic Instability Group has published several papers that delve into the DNA replication process. In particular, how the replisome works and the signals that regulate it. In addition, this team has discovered the critical role of the POLD3 protein in the DNA-replication process, both in tumour and healthy cells.

DECONSTRUCTING CANCER
Tumor cells do not behave as normal. Their goal is to survive at any cost. That is why it is important to know what mechanisms differentiate them and how and why they are able to adapt to almost any circumstance. The Growth Factors, Nutrients and Cancer Group, led by Nabil Djouder, has discovered a pathway that allows tumour cells to survive without glucose, their preferred food. This adaptive ability shows the intelligence of these cells, which thanks to these mechanisms are able to withstand, for example, the treatments. In this line, the Genomic Instability  Group published in April a paper that correlates the levels of the protein CDC25A with the appearance of chemotherapy resistance.

WORKING ON PRECLINICAL MODELS
From basic research to the patient, new drugs and treatments must go through a process that is sometimes too long. Accelerating this process and ensuring that nothing is lost along the way is one of the goals and strengths of the CNIO. The first steps before reaching clinical trials include tests using animal models and/or human samples in a laboratory.

TOWARDS PERSONALISED TREATMENT
Finding the molecular features that define each tumour and its weak points are essential steps in personalising treatments. At the CNIO, many groups are working to discover new markers and targets to improve tumour management. As a result of the research performed, we have produced several papers throughout the year.