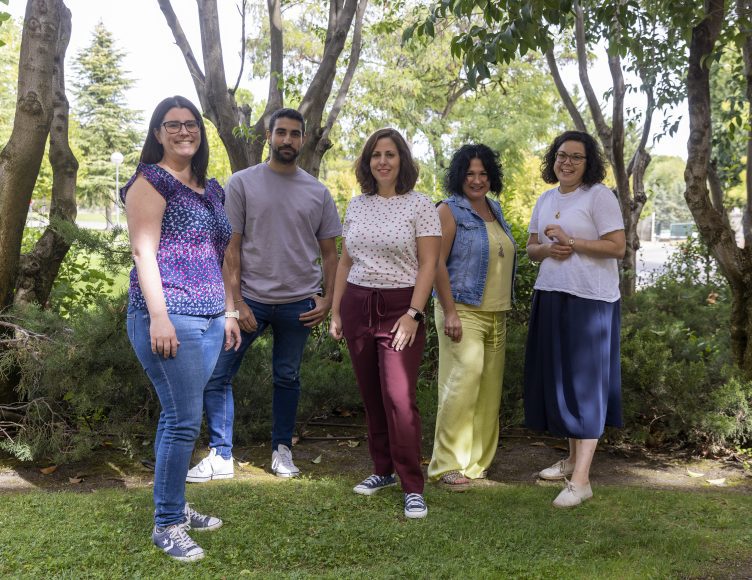 
Analysis of samples from nearly 2,000 Spanish patients with familial breast cancer identifies a potential candidate gene for moderate susceptibility to breast cancer
Identifying genes that predispose to breast cancer is important to improve the prevention, treatment and follow-up for both patients and their families
Breast cancer is the most common tumour and the second leading cause of death in women worldwide. Between 10% and 15% of cases show familial aggregation, and of these, the causative gene has been identified in only 50% of cases

Hereditary and environmental factors are involved in breast cancer. Of the hereditary factors, nine genes are known to confer a high or moderate risk of developing the disease, but there are still genes involved that have yet to be identified.

The Familial Cancer Clinical Unit at the Spanish National Cancer Research Centre (CNIO) has just confirmed the identification of a new candidate gene that increases the risk of breast cancer by 2.5 times compared to the general population.  The researchers have analysed samples from almost 2,000 breast cancer patients in Spain, in whom no alteration in the rest of the known genes had been found.

Breast cancer is the most common cancer and the second leading cause of death in women worldwide. Between 10% and 15% of cases show familial aggregation—they occur in several members of a family. This is called familial cancer.

When the possible causative gene is identified in these cases, it is considered a hereditary cancer. However, this is currently only the case in half of all cases of familial cancer. In other words, in 50% of cases of breast cancer with familial aggregation, the genetic cause is unknown.

Identifying the genes that predispose to breast cancer is important to improve prevention, treatment and follow-up of both patients and their relatives. If a genetic alteration is identified in a woman, her relatives (both parents and offspring) have a 50% risk of having and being able to transmit this alteration to their descendants.

“It is essential in these cases to carry out a genetic test to find out which relatives are at risk, so that they can be included in an appropriate follow-up programme,” says María Currás, head of the CNIO Familial Cancer Clinical Unit.

For example, if in a family with a case of breast cancer at a young age or several cases of breast cancer the gene involved is identified, the family members (women and men) will be able to know their risk of developing the disease and of being able to transmit it to their offspring. They will also be able to enter a follow-up programme for the early detection of both breast tumours and possible tumours associated with alterations in the different genes, such as ovarian cancer in cases of mutations in the BRCA genes.

Genetic testing is now part of standard medical practice in the initial diagnostic work-up of most tumours. Researchers say that both patients and their relatives will benefit from knowing the genes and molecular pathways involved for appropriate monitoring and treatment. “The better the knowledge in this field, the more precise and personalised the management of patients will be,” says Currás.

Nine genes clearly implicated in hereditary breast cancer are now known. The first, found in the 1990s, were BRCA1 and BRCA2, and they confer the highest risk of developing breast and ovarian cancer: 70% by the age of 70. For this reason, in medical practice, preventive surgery is considered in relatives who have inherited the gene alteration but have not developed cancer.

Many low-risk genes yet to be identified

In half of the cases of familial breast cancer the genetic cause has not yet been identified. This is likely because the risk of developing cancer is lower—they are low-risk genes. Much of the current research is aimed at deciphering these genes.

The study just published in the journal Cancers, led by Ana Osorio, is based on data from almost 2,000 patients from the CNIO Familial Cancer Clinical Unit, the Castilla la Mancha Hospital network, the Hospital Clínico San Carlos in Madrid and the University of Valladolid. Osorio was until recently a researcher in this Unit, and has participated in another of its recent achievements: the ambitious international study called BRIDGES (Breast Cancer Risk after Diagnostic Gene Sequencing), which analysed 113,000 samples and confirmed the degree of involvement of moderate- and high-risk genes in hereditary breast cancer.

Increasing the evidence for tests already in use

“Genetic tests that study susceptibility to breast cancer are widespread, but for many of the genes that are analysed there is only weak evidence of their association with breast cancer,” says Osorio. “It is important to define which risk genes are actionable in order to improve genetic counselling for patients and their families.”

However, she reminds us that the likelihood of developing breast cancer is not determined by genes alone. Age, hormonal history and environmental factors—another active area of research—also play a role.

So far this year, the number of consultations handled by the CNIO Familial Cancer Clinical Unit has increased by 70%. Nearly 650 patients have been seen in the nine months of 2022 (400 in the whole of 2021). Twenty percent of these cases are related to relatives of patients with an identified mutation, second opinions or complicated cases in which there are doubts about the genetic diagnosis, both from Madrid and from outside the Community of Madrid.

About 40% of the consultations at the HUF Familial Cancer Clinic are breast cancer cases.

Genetic diagnosis is widespread in many hospitals with access to massive sequencing panels. However, genetic diagnosis can be complex. The CNIO Familial Cancer Unit has been especially involved in the genetic diagnosis of moderate- and low-risk genes in undiagnosed familial cases, and given its participation in different national and international consortia, it can guide physicians in their management and follow-up. The Unit also contributes to particularly complex cases and second opinions.