Nature Communications. A molecular switch that allows organisms to adapt to fasting conditions 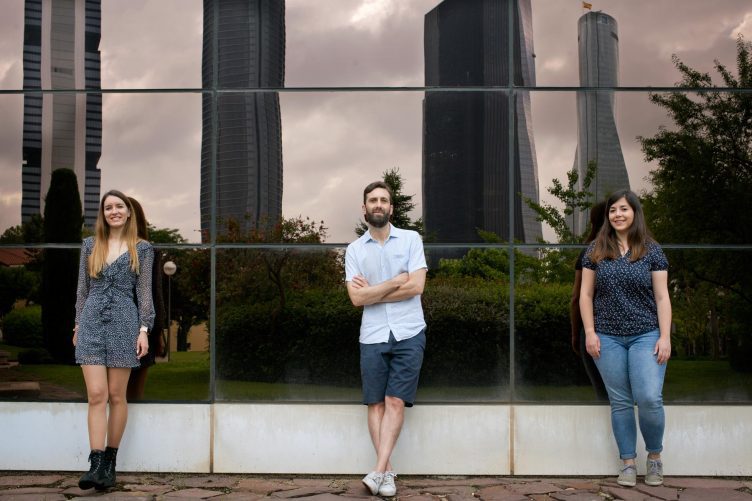 Despite its relevance, very little was known about its role in metabolism

Getting energy and nutrients from the environment – that is, eating – is such an important function that it has been regulated through sophisticated mechanisms over hundreds of millions of years. Some of these mechanisms are only now beginning to be unravelled. A group at the Spanish National Cancer Research Centre (CNIO) has found one of their key components – a switch that controls the ability of organisms to adapt to low cellular nutrient levels.

The protein involved is RagA, which is part of the mTOR molecular pathway, whose importance in metabolic activity regulation has been known for decades now. CNIO researchers have found that if RagA is continuously activated, cells do not know that there are no sufficient nutrients and so keep on using energy as if nutrients were plentiful.

The study is published in Nature Communications this week. The corresponding author is Alejo Efeyan, Leader of the Metabolism and Cell Signalling Group at the CNIO, while Celia de la Calle is the first author.

“Today, nutrients are always abundant” Efeyan says, “but the conditions under which we evolved were very different.” “Our organism adapts to feeding-fasting cycles, and our cells are prepared to respond to them. We have discovered that RagA activation is key to our adaptation to fasting conditions”.

The importance of the RagA molecular pathway is on a par with that of other components that play a key role in nutrition, like insulin. However, RagA was identified not that long ago, and comparably little is known about its role in the regulation of metabolism. Understanding how the Rag proteins operate in the cell could enable us to find new strategies to fight obesity and obesity-related diseases, like fatty liver or cancer.

“Adapting to fluctuations in nutrient levels is fundamental in all living organisms,” Efeyan explains. “This is an ancient molecular pathway, older than insulin actually. It is found even in yeasts. Despite this, little is known about how it affects normal physiology and how its activity is deregulated in obesity and obesity-related conditions.”

In healthy organisms, RagA detects low nutrient levels and switches off accordingly, with cell metabolism enabling an “energy-saving mode”. The organism then becomes more “frugal”, using the resources stored when nutrients were abundant.

When RagA is activated, mice “continue using energy; they do not adjust their metabolism to normal feeding-fasting cycles. Their cells ‘believe’ nutrients are abundant all the time and do not save energy,” says Celia de la Calle, first author of the study.

The researchers of the Metabolism and Cell Signalling Group at CNIO had previously shown the importance of this system. Using mice embryos with permanent activation of RagA, they showed that the animals could not adapt to nutrient deficit at birth, when nutrients are no longer delivered through the placenta.

The importance of sensing fasting

In the study, the researchers prevented RagA from switching off only partially, so that the mice could survive. However, they had metabolic alterations that spanned glucose, amino acid, ketone and lipid homeostasis, among others.

The mice in the study lived around nine months, less than normal animals. The authors of the study believe this is why they could not detect signs of accelerated aging. They expected they would, since fasting and low-calorie intake increase lifespan in some species, and the mechanisms involved are associated with mTOR, the molecular pathway in which RagA participates.

In addition, the authors of the study generated adult mice with RagA activation in the liver only. Numerous effects were observed in this organ, which plays a key role in energy metabolism.

Identifying RagA as a switch in the “energy-saving mode” is the starting point of new research lines. So far, researchers have studied what happens when RagA is permanently activated: animals are never in a fasted state, and the long-term consequences are serious. But what would happen if RagA were permanently inhibited?

“We want to explore this path,” Efeyan says. “With partial pharmacological inhibition of this metabolic pathway, we might get the metabolic benefits of fasting without the difficulties of limited food intake.”

This study was funded by the Spanish Ministry of Science and Innovation, the Carlos III Health Institute, the European Research Council, the European Development Fund, the Volunteer Association for Citizenship and Charity of the British Council School through the Spanish Association Against Cancer, the Fero Foundation and the EMBO Young Investigator Programme.