eLife. A master regulator gene for brain cancer with the worst prognosis 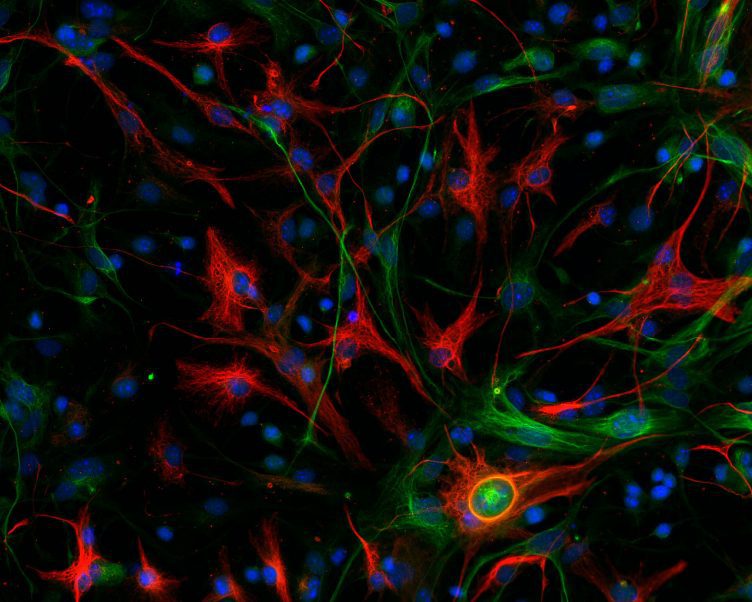 FOSL1, a gene that wasn’t previously related to brain tummors, acts as a general genetic switch for the mesenchymal subtype of glioblastoma

The work, a collaboration with researchers from the School of Medicine of the University of Fribourg, Germany, is published in eLife

"It is a big step forward in the search for therapies for this type of cancer with poor prognosis” says Massimo Squatrito, Head of The Seve-Ballesteros Foundation Brain Tumour Group and main co-author of the study

Researchers at the CNIO and scientists from the School of Medicine of the University of Fribourg, Germany, lead the team that found the master regulator gene – a sort of general genetic switch – for the mesenchymal subtype of glioblastoma, considered to be the brain cancer with the poorest prognosis. The master regulator gene for this cancer subtype is FOSL1, a gene that wasn’t previously related to brain tumours.

The study, to be published in eLife this week, reveals a key feature of the biology of mesenchymal glioblastoma. Even if this finding might not be translated into a novel treatment in the short or medium term, “it is a big step forward in the search for therapies for this type of cancer with poor prognosis” says Massimo Squatrito, Head of The Seve-Ballesteros Foundation Brain Tumour Group and main co-author of the study.

A missing piece of the mesenchymal subtype of glioblastoma

The study shows that tumour development takes longer in mice lacking the master regulator FOSL1, even when they carry mutations in NF1. The researchers at the CNIO found that cancer stem cells, that are, tumorigenic cells with capabilities of self-renewal even after tumour resection, cannot regenerate tumours in mice lacking FOSL1.

As the researchers describe in the article “the lack of FOSL1 (…) results in a reduction of tumour stem cell properties and tumorigenic capabilities in animals. Our data show that FOSL1 controls the plasticity and aggressiveness of mesenchymal glioblastoma (…).”

The brain cancer subtype with the poorest prognosis

Glioblastoma is the most common and deadlier malignant brain and Central Nervous System tumour. It can be divided into several subtypes according to molecular features. These subtypes, however, have a tendency to shift from one to another. This is relevant because mesenchymal transition is the most frequent shift, and it is characterised by therapy resistance. Scientists had been trying to understand how mesenchymal transition occurred for a long time.

The study shows that FOSL1 plays a fundamental role. According to the authors, “Our data indicate that FOSL1 is a key regulator of both glioblastoma plasticity and mesenchymal transition.”

Although scientists had been looking for the “missing link” between NF1 mutations and the activation of molecular pathways involved in tumour development for a long time, FOSL1 was not among candidates. It was now identified following a bioinformatics analysis of more than a hundred patient-derived cell lines of the different glioblastoma subtypes, some available from databases and others generated by the authors of the study.

The next step will be to “look for a way of blocking this gene,” says Squatrito. “Inhibiting the activity of a transcription factor as a therapeutic intervention is still quite challenging, however, there are now promising approaches, including the gene editing techniques like CRISPR, that could help in this direction”.

This research has been funded by the the Spanish Ministry of Science and Innovation, the Carlos III Health Institute, cofounded by the European Regional Development Fund (ERDF), the Seve Ballesteros Foundation,  the European Research Council, “La Caixa” Foundation and the Berlin Charité Medical University.