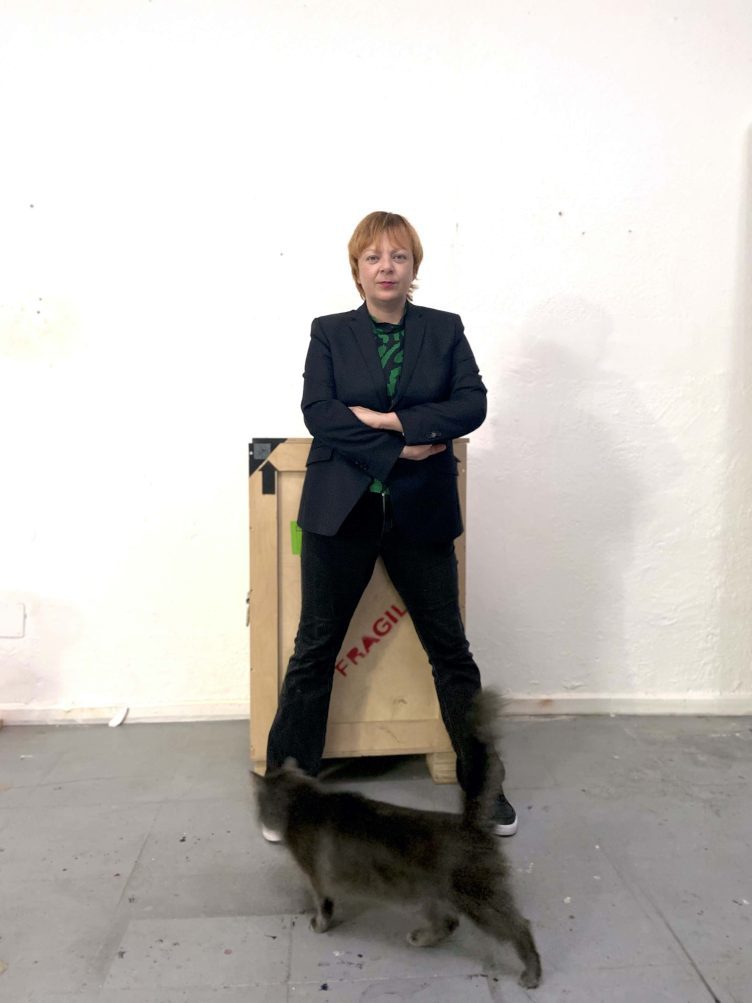 Vargas, born in Granada, has a long and successful artistic career, including a dozen solo exhibitions and works in the collections of many different Spanish institutions
The year 2023 marks the sixth edition of CNIO Arte, a CNIO-Fundación Banco Santander initiative to build up synergies between science and art
The funds raised from the sale of the CNIO Arte works are fuelled into cancer research at the CNIO through the CNIO Friends initiative
One of Vargas’s marble sculptures has been on display at the hall of the CNIO building since February

Marina Vargas is a multidisciplinary artist whose language explores classic iconography, mythology and the sacred. Her monumental sculptures reflect a committed feminist perspective that pervades her work. Vargas has been appointed curator of CNIO Arte 2023, an initiative that is coincidental every year with Marid’s Contemporary Art Fair, ARCOmadrid, where it has had a stand of its own for the past two years.

Vargas has a long and successful career as an artist. She is now replacing Amparo Garrido, who was the curator of CNIO Arte for five years and gave the initiative a significant boost. The sculptress from Granada who is now taking over has shown her works in thirteen solo exhibitions and about twenty group shows. She is the recipient of many different accolades and awards, and has taken part in international art fairs such as ARCOmadrid, Zona Maco in Mexico, Cosmoscow International Contemporary Art Fair and Istanbul’s ArtInternational, among others.

CNIO Arte pursues the interaction and mutual inspiration of science and art by bringing scientists and artists into contact. It has been organised by CNIO for the past five years with the support of Fundación Banco Santander. CNIO Director Maria A. Blasco, who promoted the initiative, highlights the importance of bringing science closer to art, for these two worlds become “more powerful when they meet.” Moreover, Dr Blasco adds, science and art share a global spirit: “Ideas and discoveries travel across borders, just like art movements, which run like a thread over history, triggering cultural and social change, and changing the ways in which we experience reality. Both scientists and artists breathe fresh air into the world, and broaden our minds and our horizons.”

Every year, CNIO Arte concludes with the exhibition of the works created by the project’s guest artist, which are then sold to raise funds for cancer research. Proceeds from the sale of CNIO Arte works go to research at the CNIO through the CNIO Friends initiative.

A sculpture by CNIO Arte curator Marina Vargas is currently on display at the hall of the CNIO building. Titled Intra-Venus, it is a life-size nude sculpture of a breast cancer patient who has had a mastectomy. It is a powerful sculpture in Carrara marble, modelled after the artist’s own body, scanned when she had cancer. “This sculpture is meant as a performance. I wanted it to show traces of what my body looked like at the time. It is also meant as a tribute to all the women who have had breast cancer and undergone surgery,” Marina said when the sculpture was unveiled in February.

In addition, Vargas is chairwoman of the Intra-Venus Association for the Visibility and Support of Female Artists with Cancer, also launched in February in an event organised by the CNIO on the occasion of World Cancer Day (4 February) and attended by about fifty people.

Vargas’s other works include No-one Is Immune, a series of sculptures, paintings, photographs and a mural painted in situ that reflect the ironic perspective she takes on when dealing with controversial subjects that do not follow academic canons or traditional iconography, her five Pietàs, and Neither Animal nor Angel, a set of twelve colossal sculptures that have been shown in a number of group exhibitions.