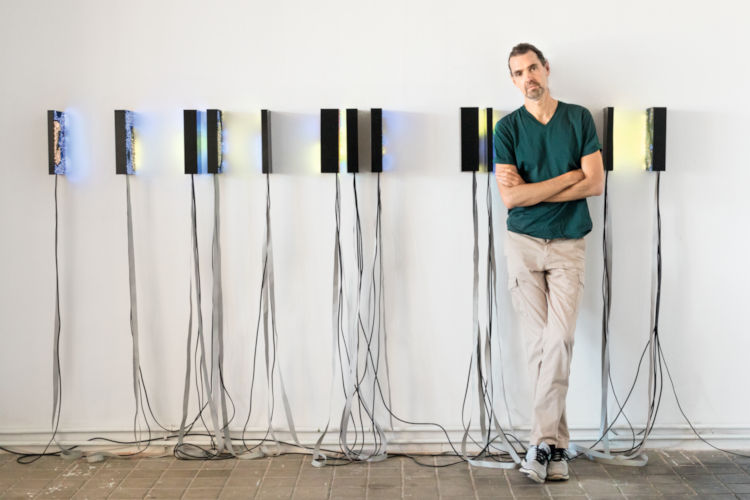 Daniel Canogar (Madrid, 1964) has developed his career both in Spain and the United States. However, his work has been shown all over the world. He comes from a Spanish father and an American mother. He started his training at the New York University, and continued at the International Center of Photography, in 1990. He soon became interested by projected image and art installation. A large part of his work is public art with sculptural led screens. They are often live art works that change instantly in reaction to the environment (wind, change of temperature) or human interaction (internet searchs, financial fluctuations).

In Bifurcation (2021) there are beams of light zigzagging over the Zebra building’s façade, in Riyadh, by reacting in real time to electric storms taking place all around the world. In 2019 he created Amalgama, a projection over the Museo Nacional del Prado façade that showed these beams transforming into several renowned artists, images projected by an algorithm created at Canogar’s studio. Other examples of recent works are: Surge, at the Moss Arts Center (Virginia, USA, 2019); Aqueous (California, USA); and Pulse, at the Texas University (Texas, USA, 2018). One of his most renowned works is Storming times Square, from 2014, where the image of thousands of people climbing in Times Square (New York) was projected. He also created the mosaic Constelaciones that can be found at two pedestrian bridges over the Manzanares river in Madrid. 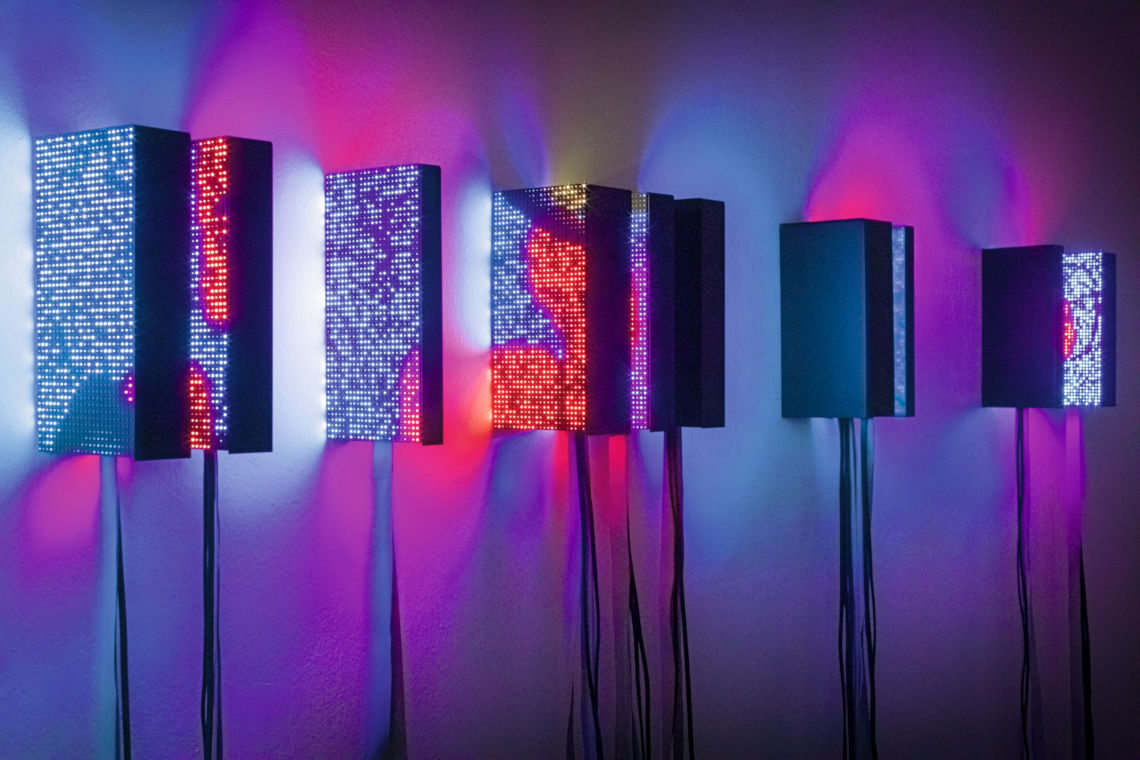 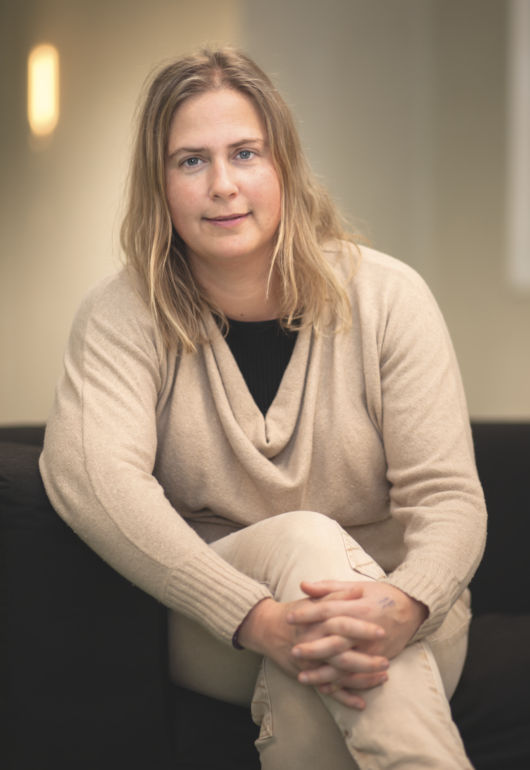 Sarah Teichmann (Karlsruhe, Germany, 1975) is a computational biologist. She leads the Human Cell Atlas, a collaboration among almost 300 laboratories around the world with the aim of mapping the tens of quadrillions of cells, from hundreds of different types, that constitute the human body.

Teichmann leads the Cellular Genetics programme at the Wellcome trust Sanger Institute (Cambridge, United Kingdom) and she is the group head at the European Bioinformatics Institute. She works closely with biologists, programmers, physicists and mathematicians. When elected as member of The Academy of Medical Sciences (UK) in 2015, her colleagues defined her as “a representative for a new scientist’s lineage at the interface between computational biology and experimental molecular biology”. She has been granted numerous awards for her work, such as the European Molecular Biology Organization (EMBO) Gold Metal in 2015, the EMBO’s award that recognises young life sciences’ scientists.

Life is fascinating, full of invisible networks that operate without us noticing – coincidences, synchronous events, karmic connections, resonances, exchanges that enrich us as humans.

When I first arrived in Madrid, my Mexican neighbour from upstairs, Rafael Lozano-Hemmer, invited me over for dinner because he wanted to introduce me to a friend who was also an artist and he wanted this friend to see my work. When was that, 1999? That artist, as you probably have guessed already, was none other than Daniel Canogar.

I am really happy to reunite with him today, after 22 years, and to be able to work together at CNIO Arte. Deep down, we are the same beings as back then, the same kids playing around and trying to understand the world and what we’re meant to do here.

Notwithstanding this subjective feeling of mine, Daniel’s CV is seriously impressive. His work has spread throughout the world in an extraordinary way, and he is currently in a very fruitful creative moment as well. He has studios in Madrid and Los Angeles, works together with a team of 8 people and as I write these lines, he has just closed his exhibitions in Missouri, Saudi Arabia and Gijón. However he’s also about to open another exhibition in Dubai as well as two important Madrid venues. Not only that, but this year at the ARCO Fair, he is represented by no less than three galleries – and all this taking into account that we are still in the midst of a global pandemic. Wow!

I’ve been speaking to Daniel over the last few months about his journey seeking inspiration for this work, and he recommended a book written by a scientist in the 70s that was given to him by his partner, Rebeca. I loved it. In the book, the author thinks about cells in metaphorical terms, and reminds us that cell behaviour is the basis of every form of life. Everything is connected, from the stars in Cassiopeia to a protein in the stomach of a termite. Everything is connected, and cells are ultimately able to communicate with one another – they have their own language and codes.

Daniel is an artist who has been working with algorithms and code for quite some time, focusing more recently on the concept of archives. This connects perfectly with Sarah Teichmann’s work on the Human Cell Atlas, which is an archive of the almost 4000 trillion cells that can be found in the human body. A match was made between them, and Daniel brought Sarah’s scientific knowledge into his own realm, as any good artist would.

In the past two years there has been a rupture in our lives. The earth seems to be shaking under our feet, paradigms are shifting and nothing will return to the way it was before. We are at the start of something extraordinarily new, and we don’t really know where it will lead. This year, we have also wanted to explore new territories in CNIO Arte, and this can be seen in the sophisticated technology both the artist and the scientist work with, involving enormous amounts of data.

This year, we want to learn more about the intersection between art, science and technology. We want to discover more about Daniel Canogar’s journey over the past 22 years and how he managed to fit so well into this new algorithmic reality, creating this fascinating generative work that has no beginning and no end.
This is the year.
Thank you, Daniel, it is an honour to have you here with us.